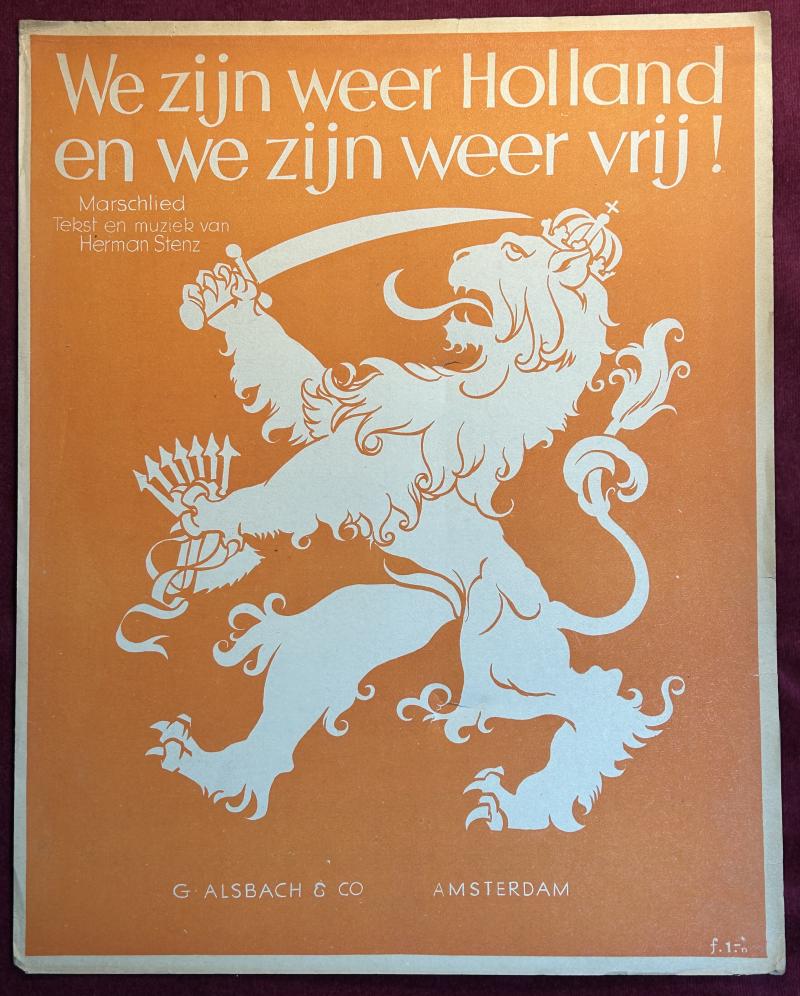 The colour orange is used for the Royal Family. Dutch national emblem golden lion with sword and arrows 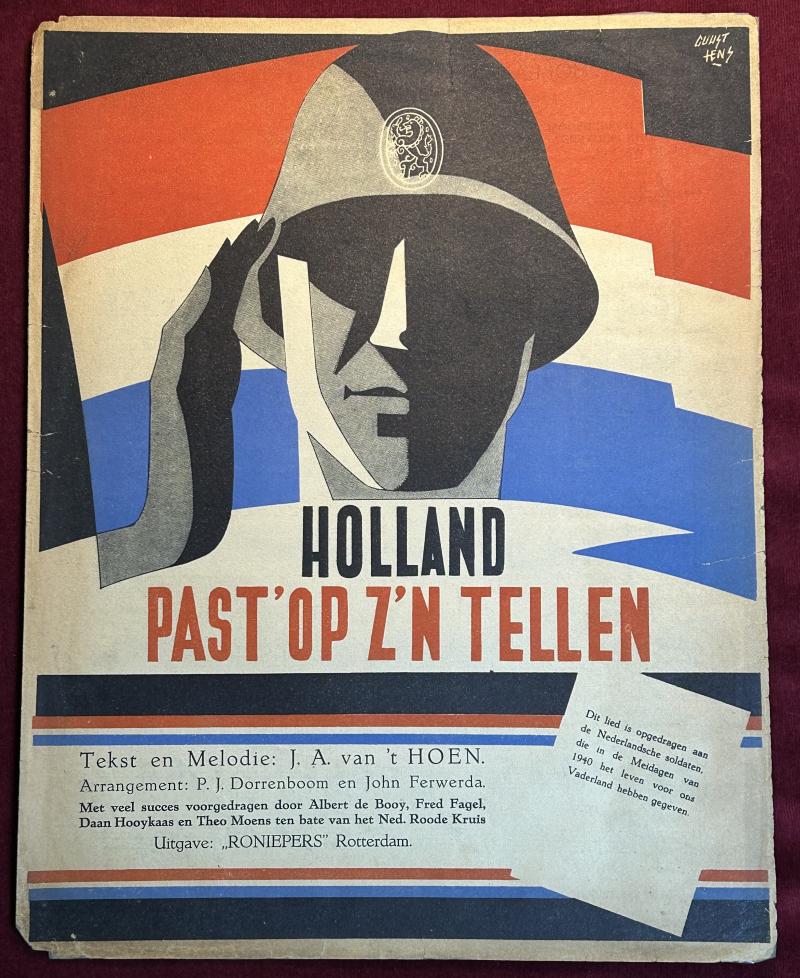 The sheet music shows a Dutch soldier from 1940 with Dutch flag in the background. The music is about the brave drafted soldiers fighting in vain against the Germans who ignored our countries neutrality in the war and shedding Dutch blood and that in the end our own soldiers are again on Dutch soil.... read more 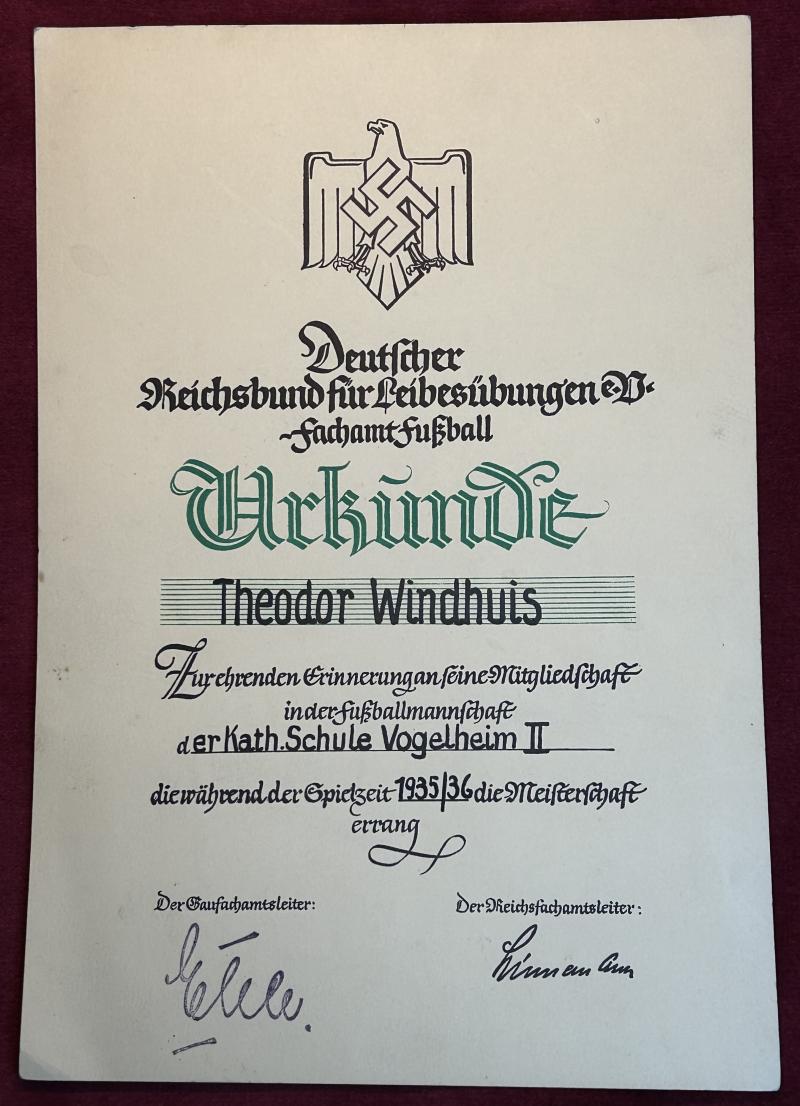 From 1933, Felix Linnemann was full-time director of the Criminal Institute in Be... read more 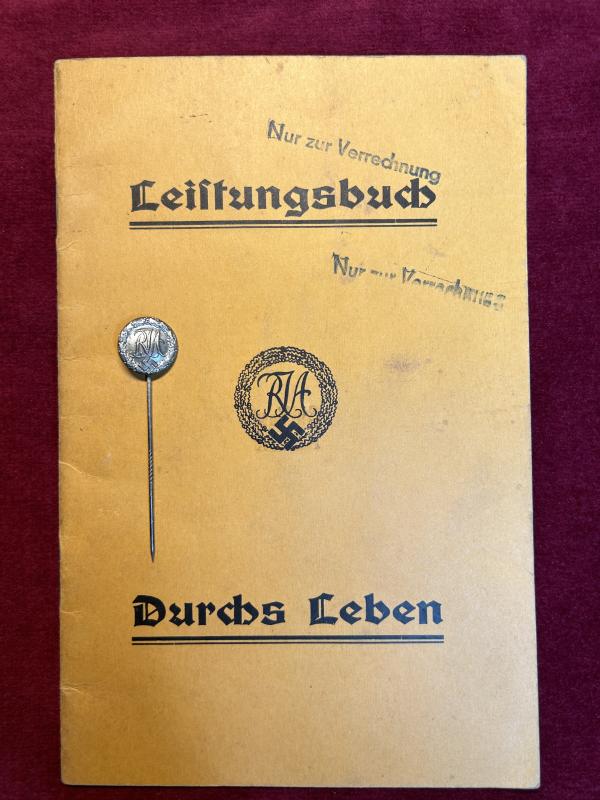 Leistungsbuch made out to a 15 year old boy who i attending the offiziers schule in Dresden. Signed by the Hauptmann und Kompagnie Führer. All 5 group activities have been met and the award document for the RJA für Jungen has been signed and stamped by the Reichssportführer 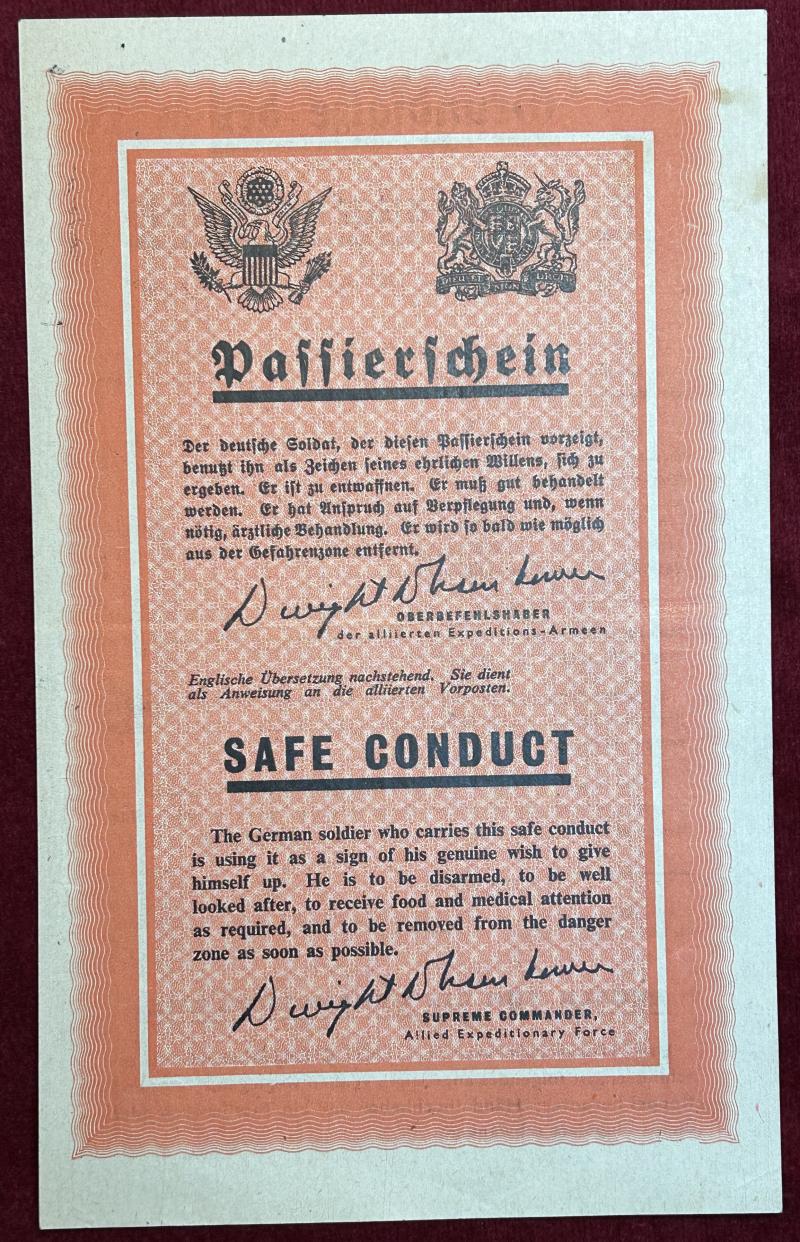 In an excellent condition a Passierschein or Safe Conduct pass

The were flyerd by air planes in the millions but also shot with specially made artilley shells in occupied arreas to explain the German soldiers how they must surrender. Signed by Dwight D. Eisenhower Supreme Commandor of the Allied Expeditionary Force. read more 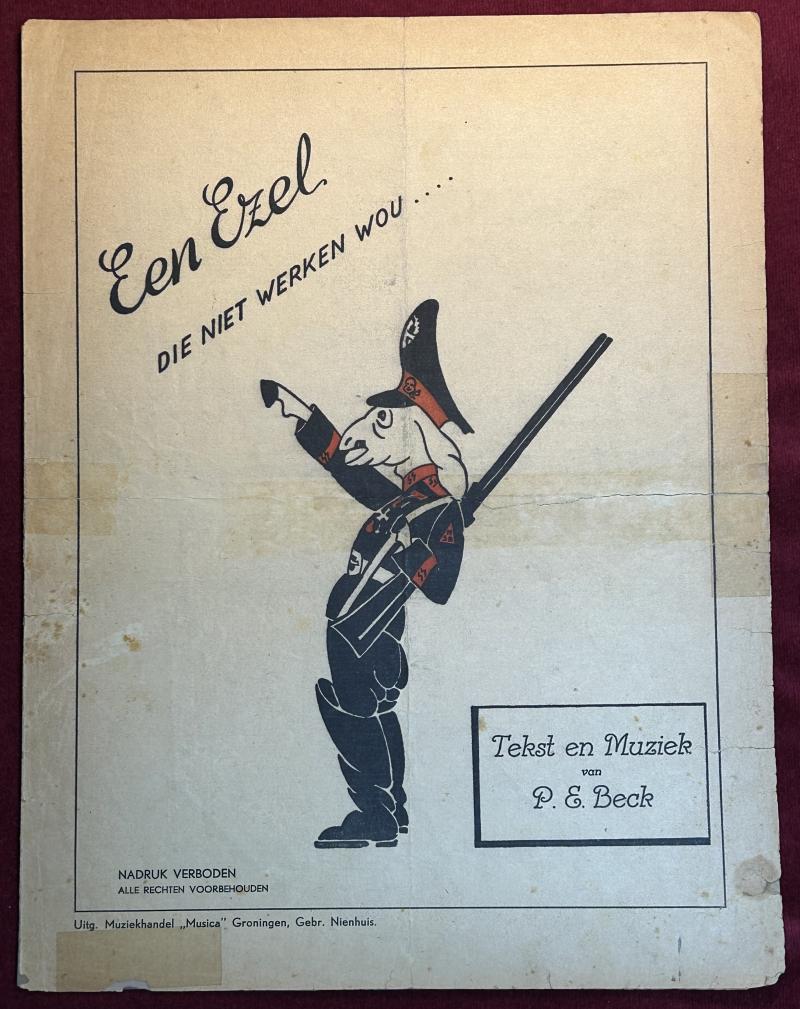 The music is about NSB men who were before the war unemployed and got welfare checks. But during the war became member of the NSB and got jobs during the occupation like being a mayor. But when the war progressed they had to enlist in the waffen SS and sent to russia to fight on the fron... read more 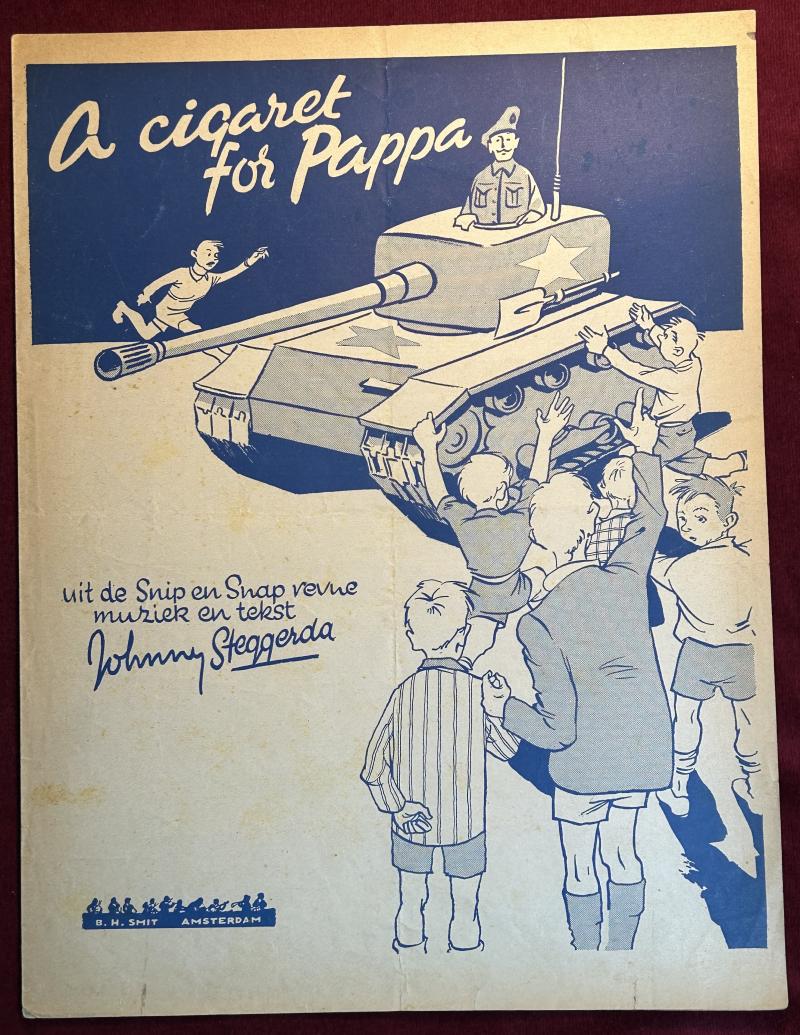 The Snip and Snap revue was a radio show and started in 1937 as a radio show. These were two guys dressed up like women Misses Snap and Misses Snip and made funny sketches. These were so succesful they stood in theaters across the country until 1977. A cigaret for pappa was made shortly after the war ende... read more 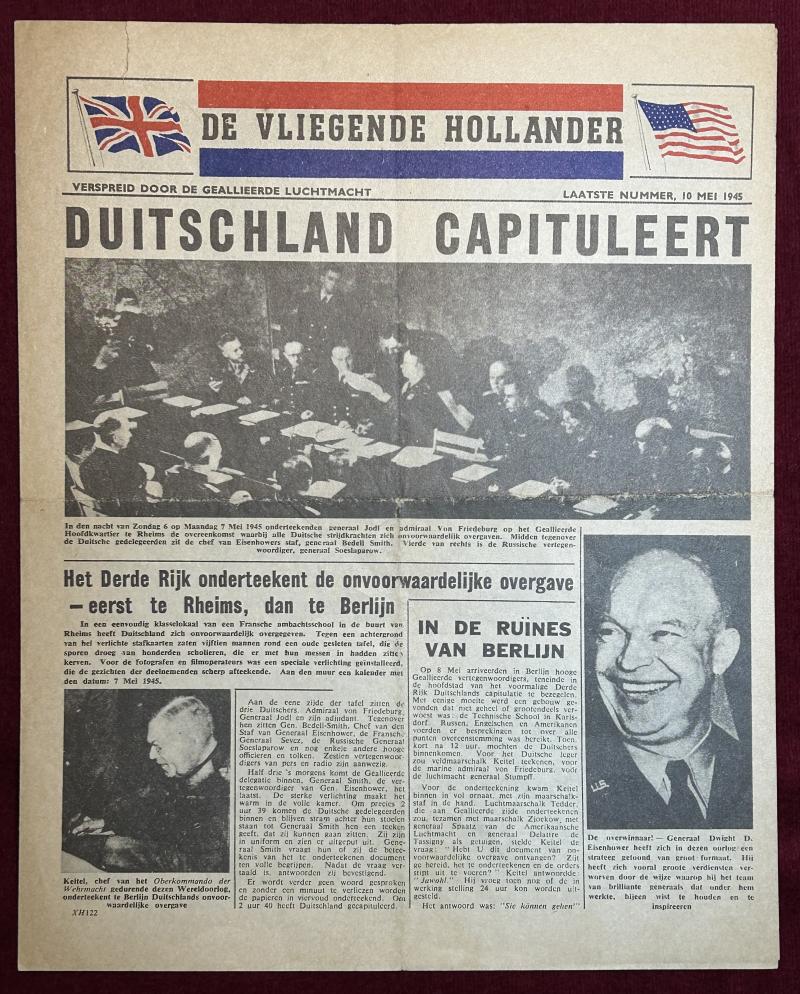 De Vliegende Hollander was an illegal newspaper during the war. It was printed illegaly to inform the Dutch people of their situation and that of the world instead of the propaganda of the German occupational force. This last edition was dropped by allies from planes in the still occu... read more 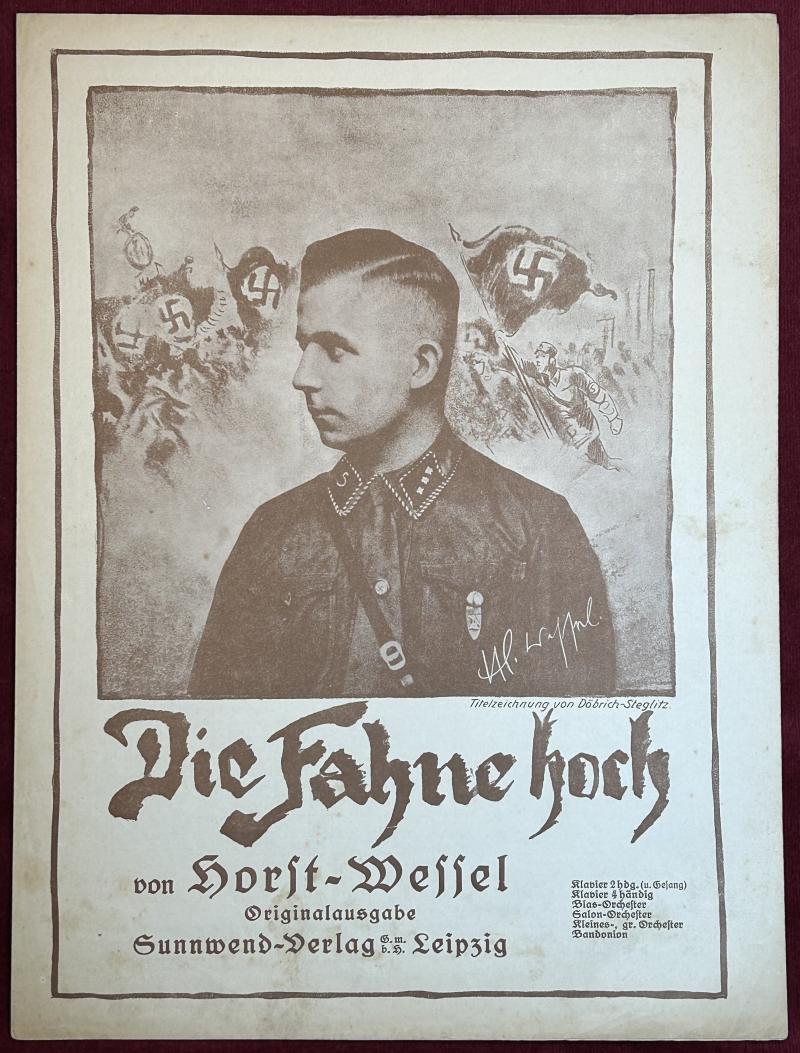 Horst Ludwig Georg Erich Wessel (9 October 1907 – 23 February 1930) was a Berlin Sturmführer ("Assault Leader", the lowest commissioned officer rank) of the Sturmabteilung (SA), the Nazi Party's stormtroopers. After his killing in 1930, he was made into a martyr for the Nazi cause by Joseph Goebbels.read more 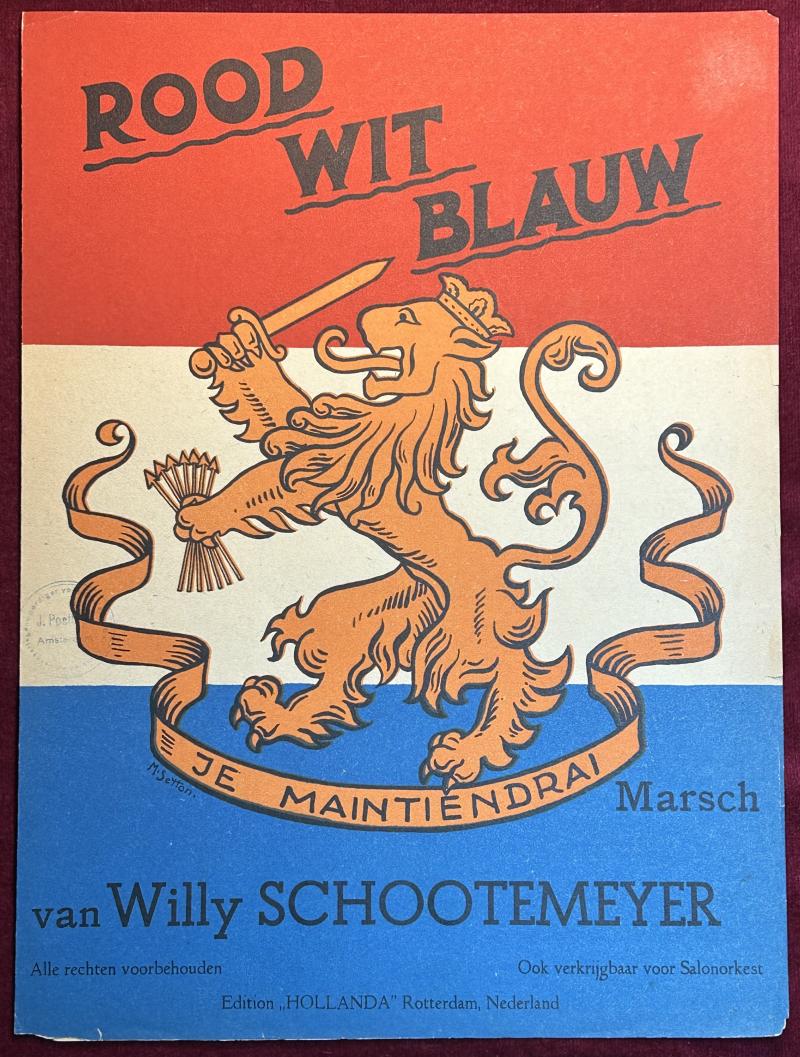 In an excellent condition Dutch liberation sheet music may 1945

For light orchestra. Or can also be framed on the wall read more