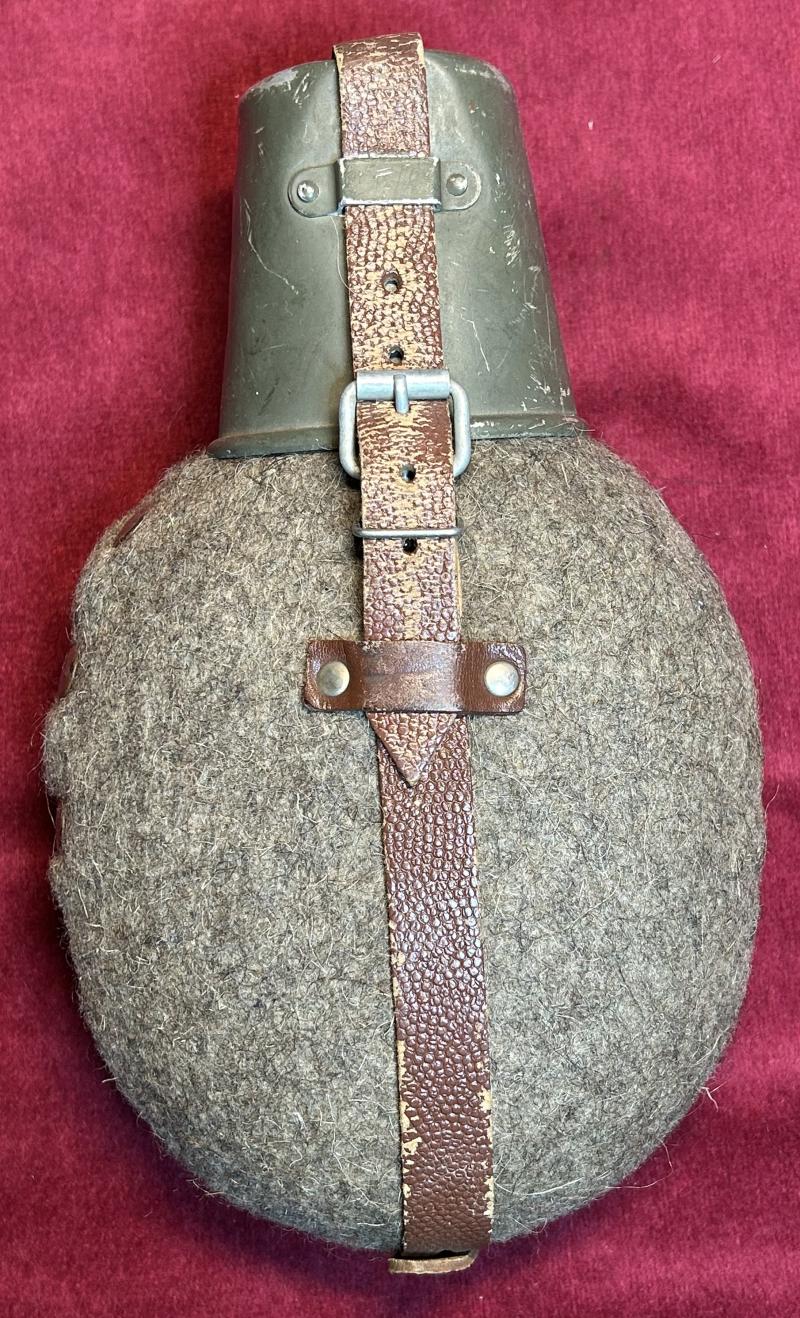 In an excellent condition an early East German canteen

These early canteens resemble the Wehrmacht canteens during the late 2nd WW. Unsure which organisation within the DDR used this specifc brown leather colored canteen.

The bottle is made of aluminum and has a screw cap. A grey-green felt cover encloses the bottle. The felt cover is attached with four black snap... read more 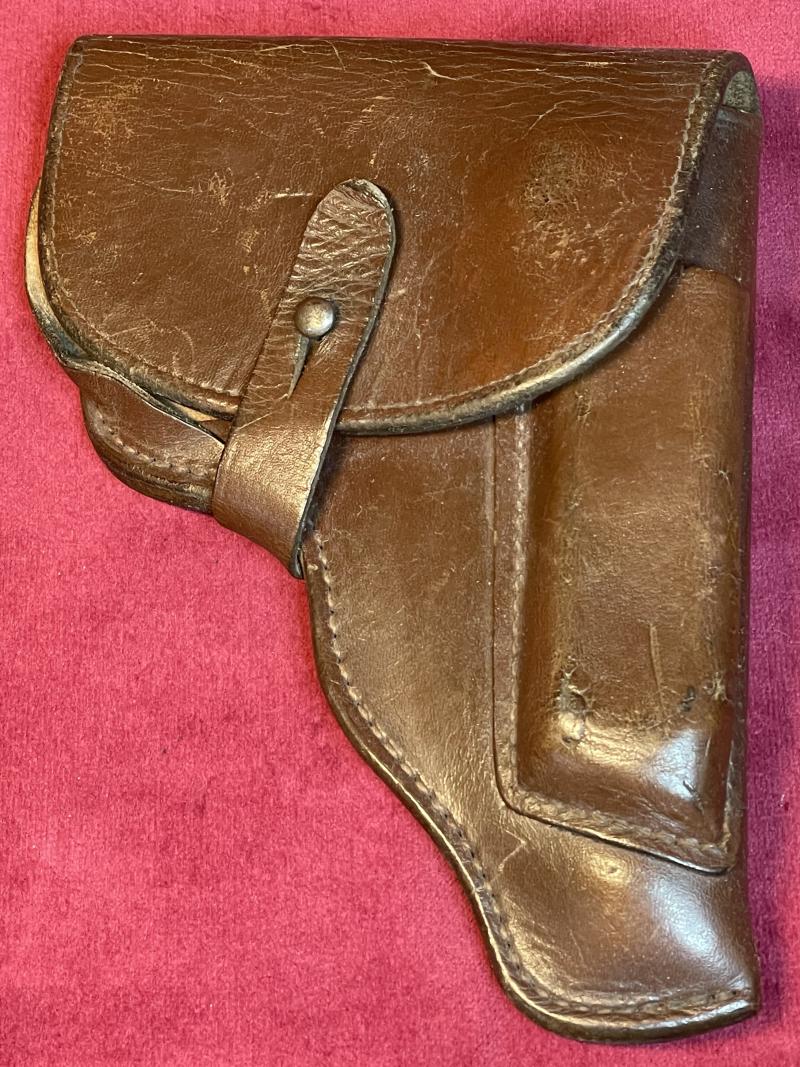 In a very good condition a East German holster for the Makarov or PPK pistol. 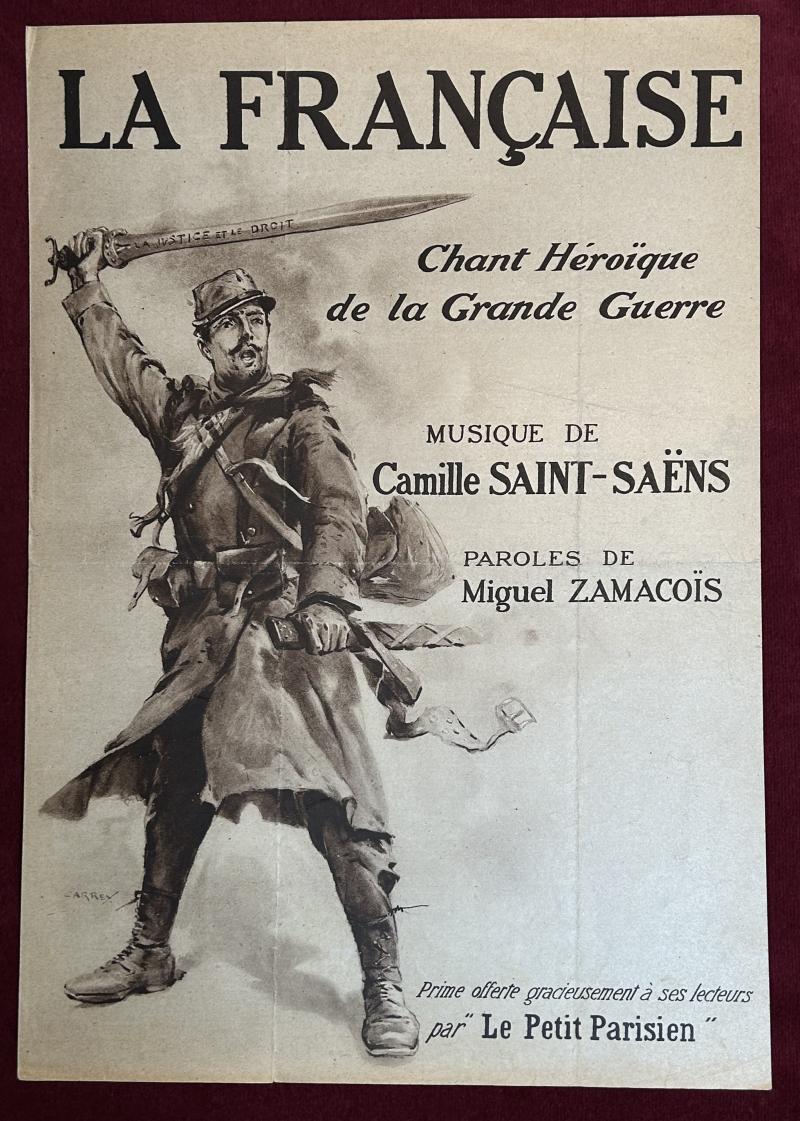 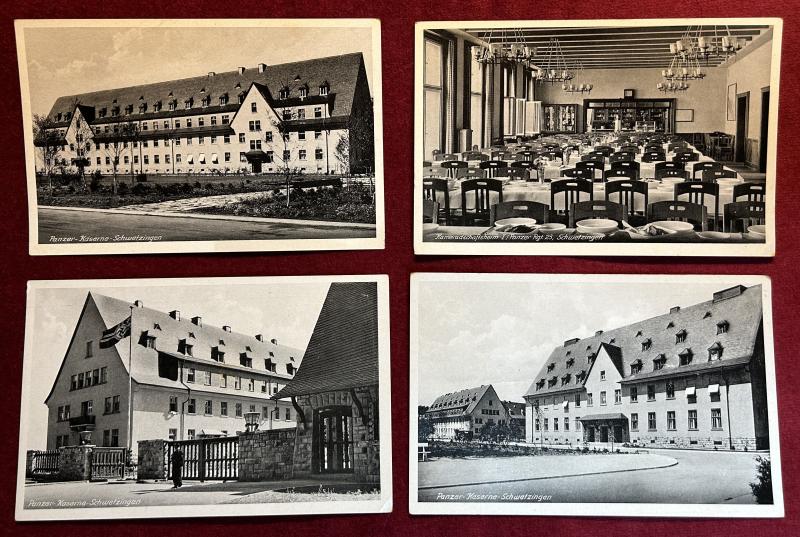 After the war the base was used by the US Army.

An excellent very rare navy knife bayonet for use on the 8 mm. Mauser M1943 Short Rifle.

This specific bayonet was fully parkarized including its scabbard. Also it had received plastic grips. This was part of the refurbished program so the bayonet could be used in the navy. 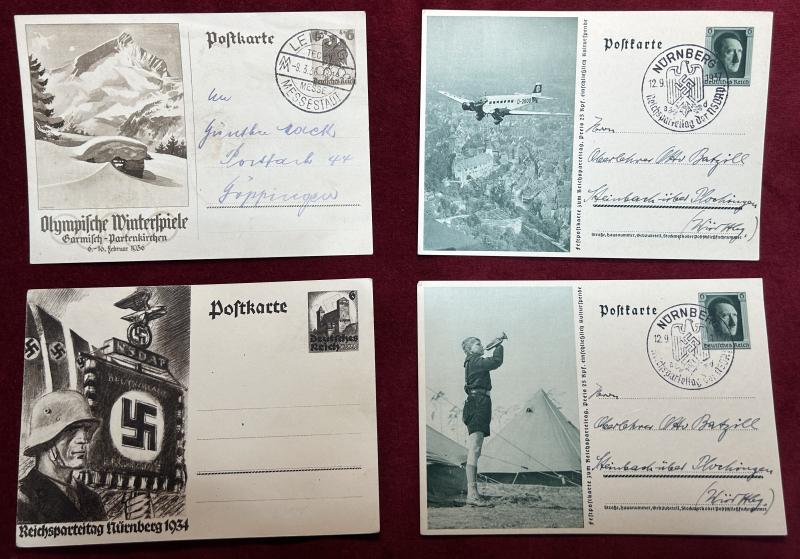 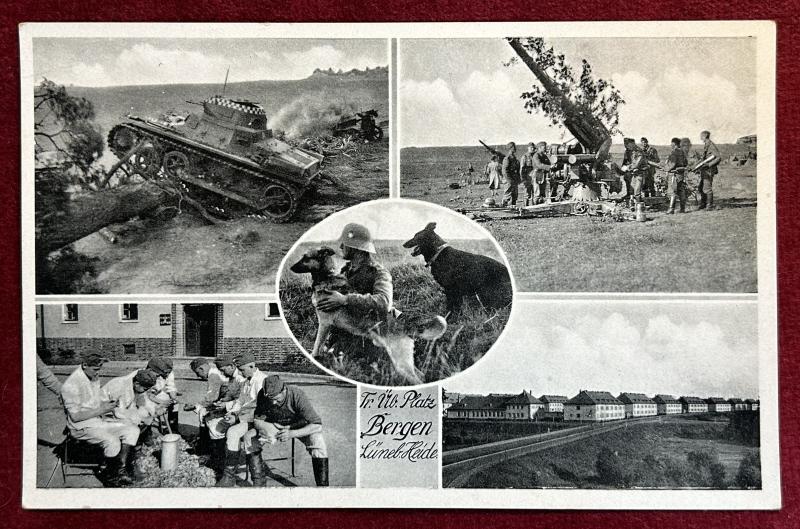 The Truppenübungsplatz Bergen at the Lüneburger Heide. Shown a Panzer I in training, A Flak abwehr 8.8 cm Flak 36 with Flak Rohr 18 barrel. Some Wehrmacht soldier peeling potatos, the base it self and in the middle dogs trained for war. read more 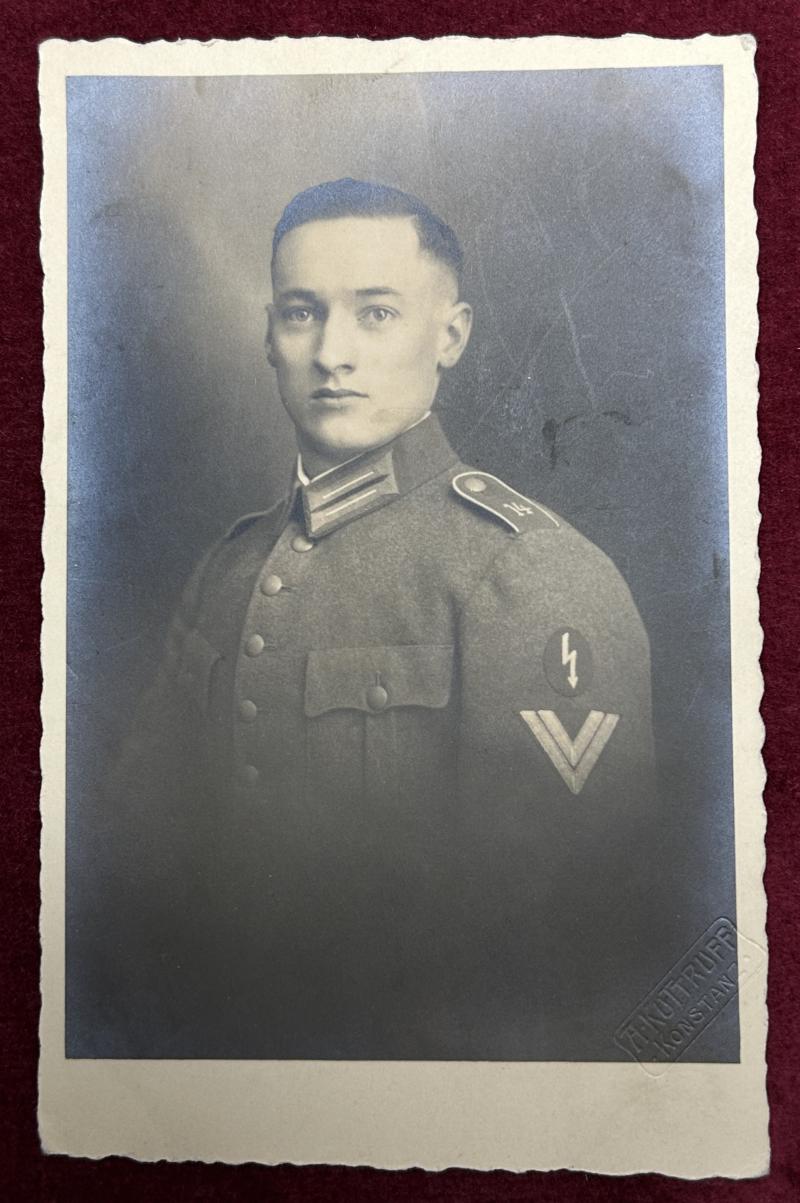 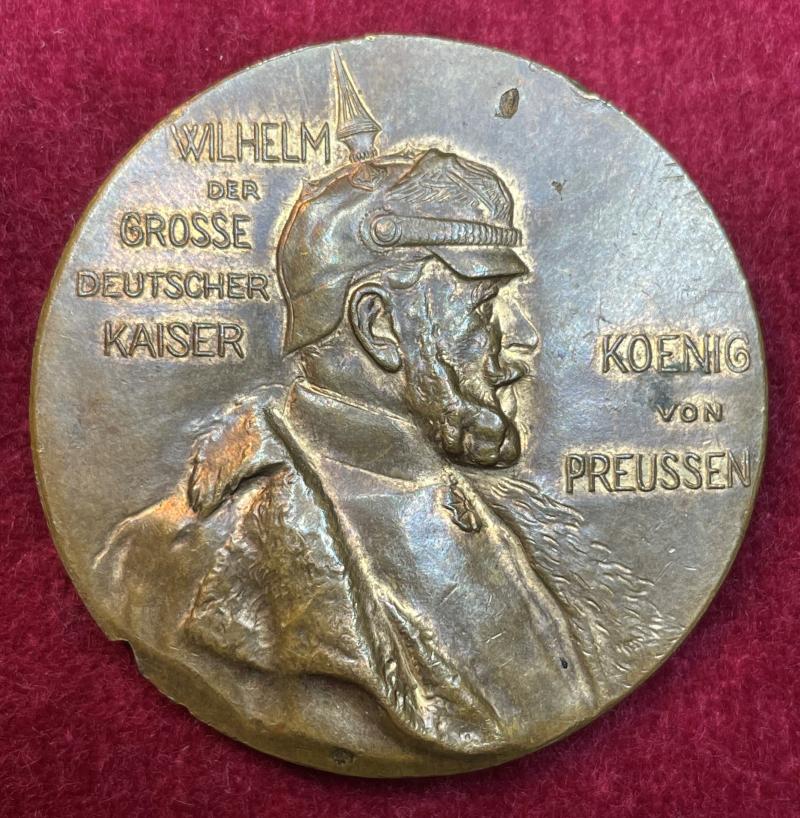 In a good condition a comemorative medal for Emperor Wilhelm I.

The "Zentenarmedaille", also known as "Kaiser Wilhelm I. Erinnerungsmedaille 1897", was established by his grandson, Wilhelm II, on March 22, 1897, on the occasion of the 100th birthday of Wilhelm I.

The bronze medal had a diameter of 40 mm and hung from a 36 mm wide ribbon.
The obverse showed W... read more 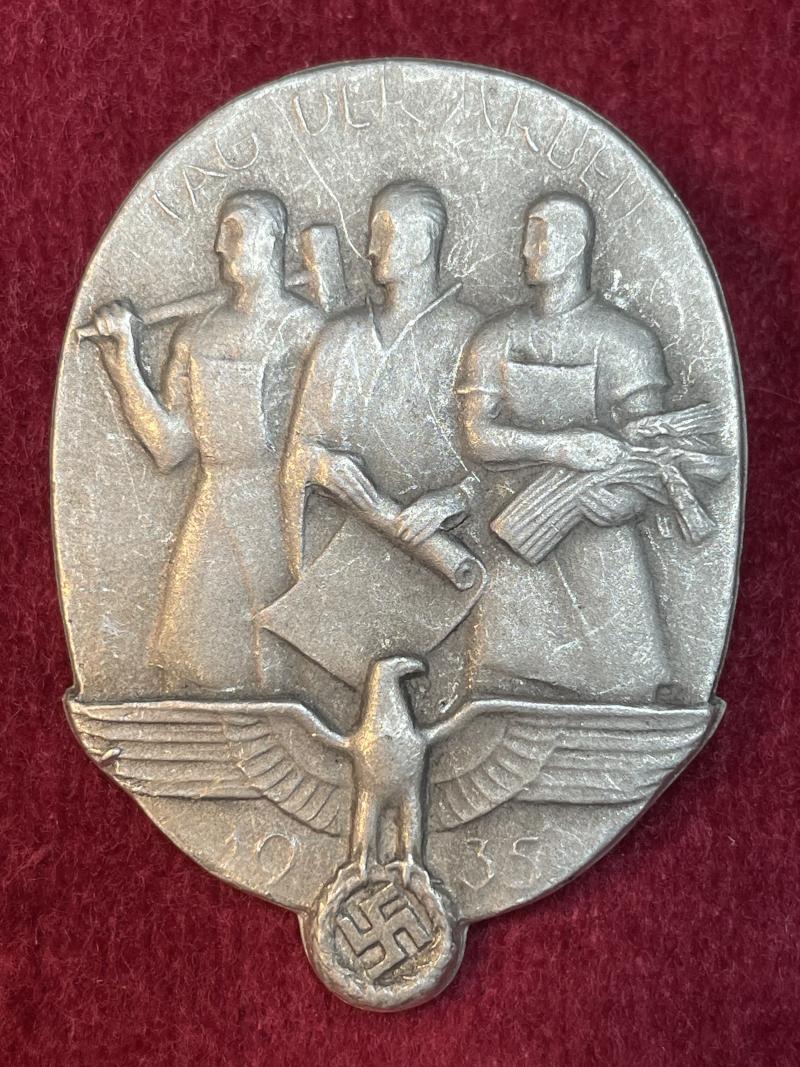 In a very good condition a Deutsche Arbeits Front badge 1935.

Frontside: Tag der Arbeit with bust eagle. under the wings the year 1935 and in a wreath the swastika. Three men above, with hammer, law and wheat. Above Tag der Arbeit. in the left initials RK