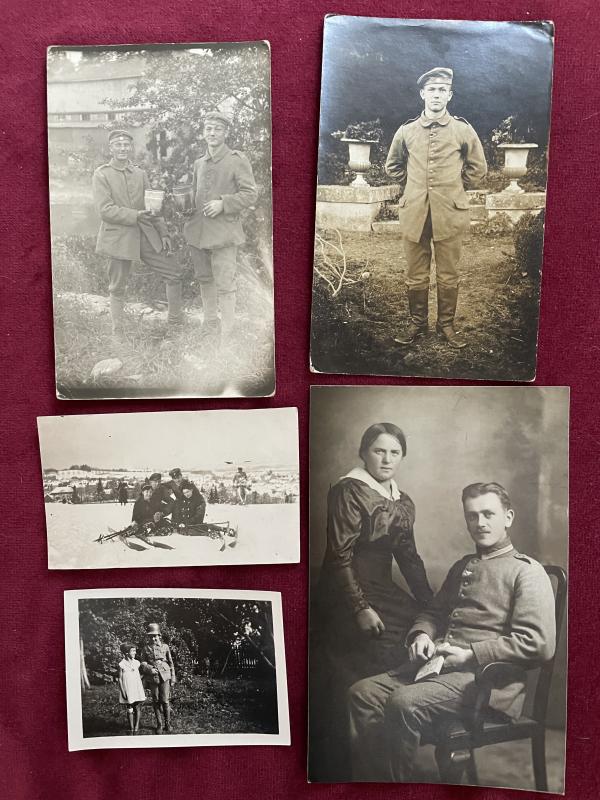 Photos of soldiers and some family photos with uniforms. Also a young boy with army uniform and stahlhelm. read more 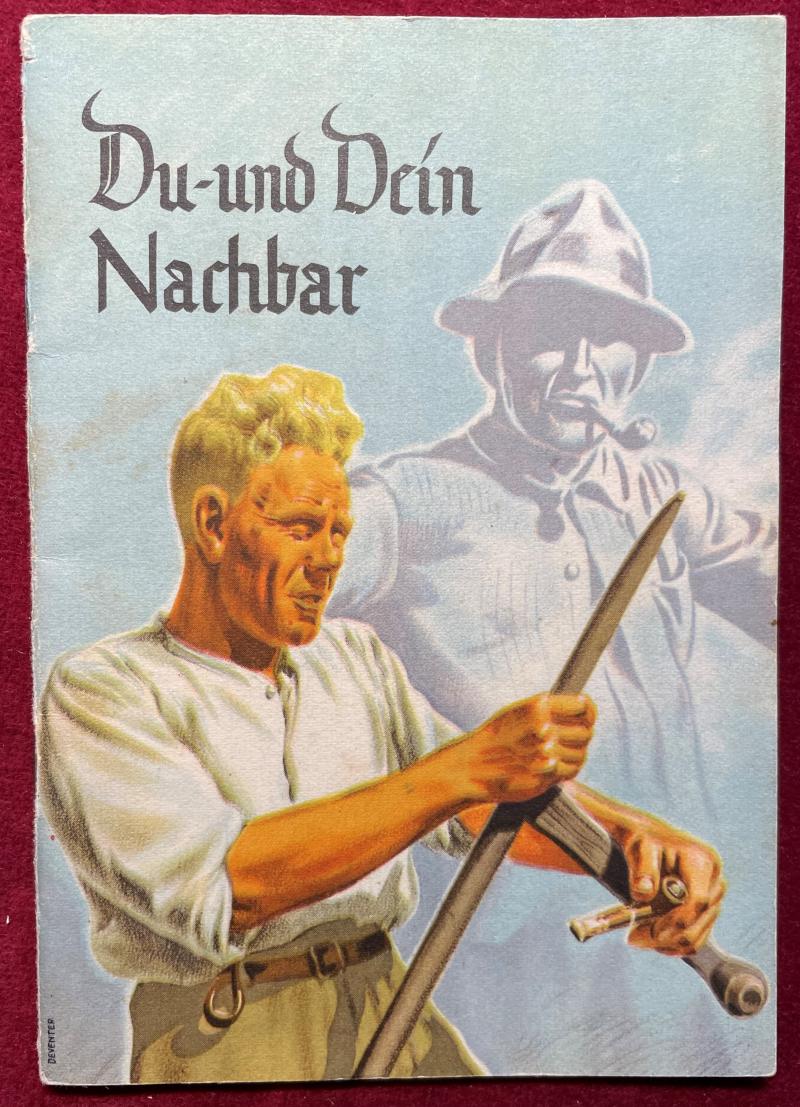 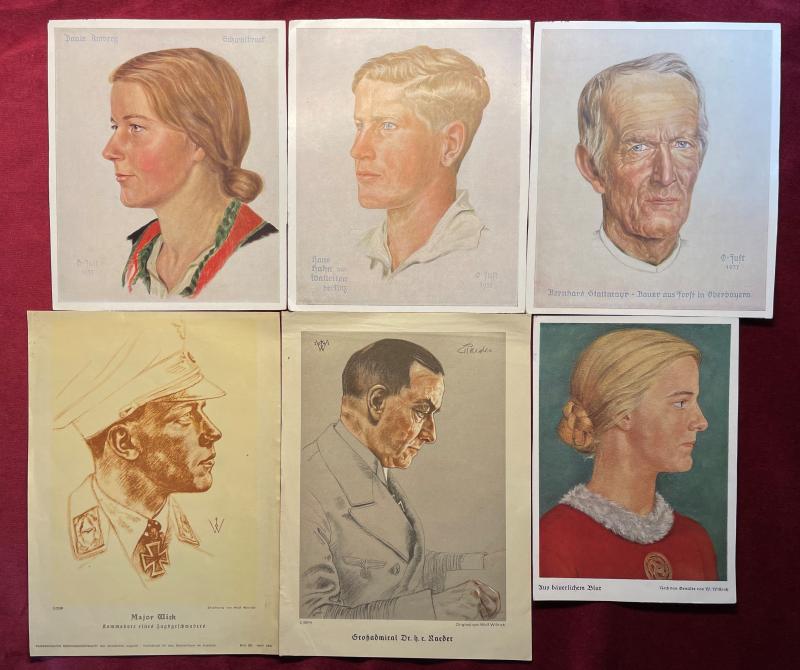 6 doorposters of heroes of the third reich 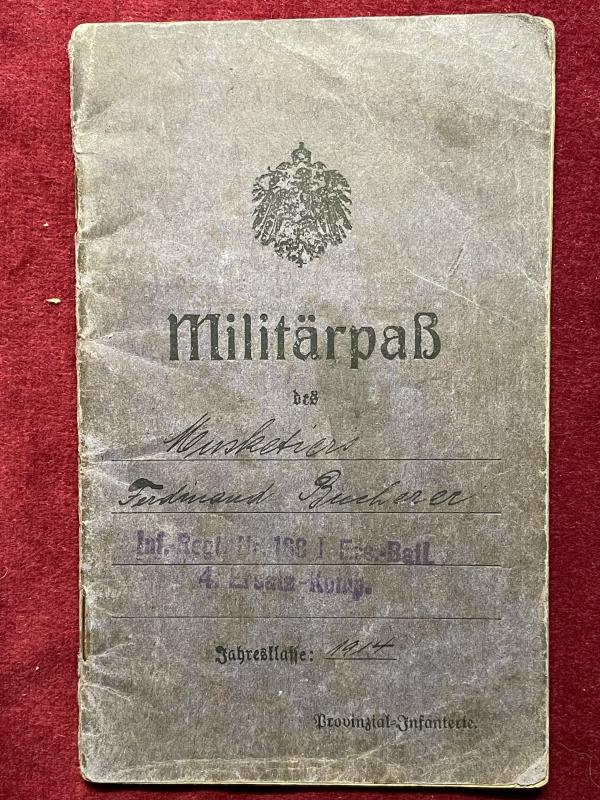 The pass is from Georg Fleischmann out Groß-Gerau (Hessen) and was in the army from 1916 till 1918. He was member of the Ersatz Batllion Infanterie Regiment 142. The 2nd rekruten depot. read more 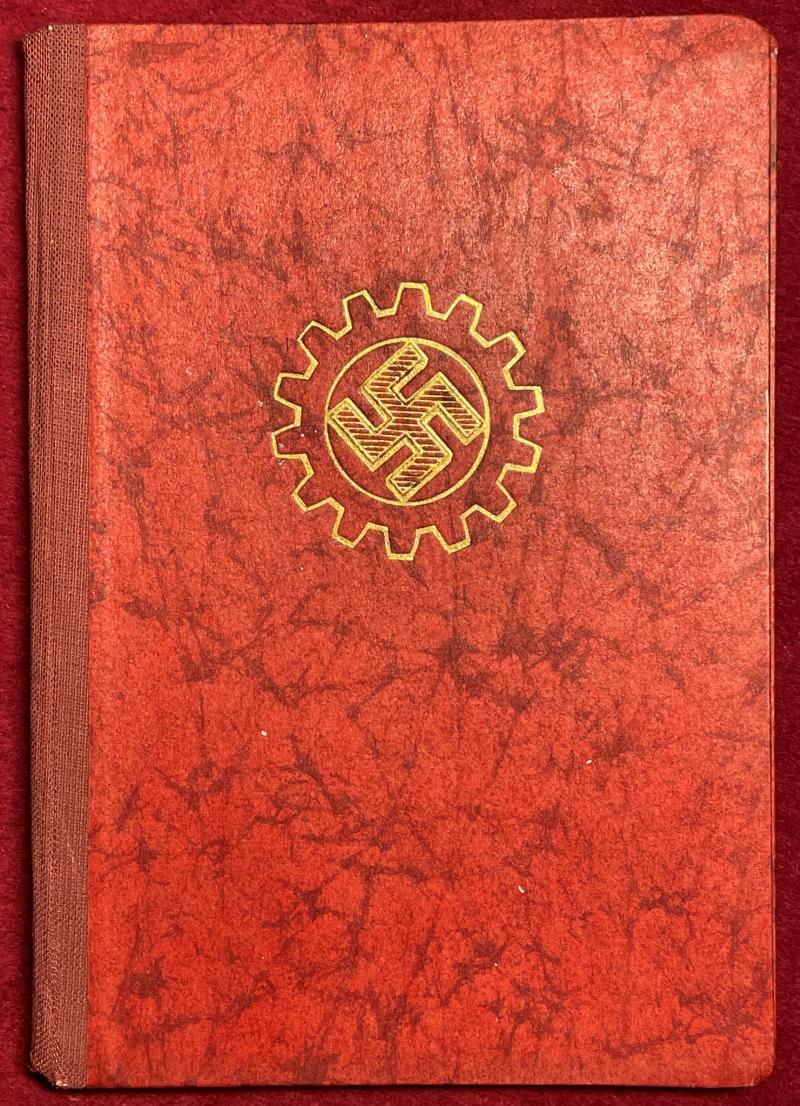 The book is from Rosa Tigger she is hilfsarbeitrin (helper) the book start at April 1st 1941. and ends in 1944. She worked at a metal foundry, which also made messing wares. read more 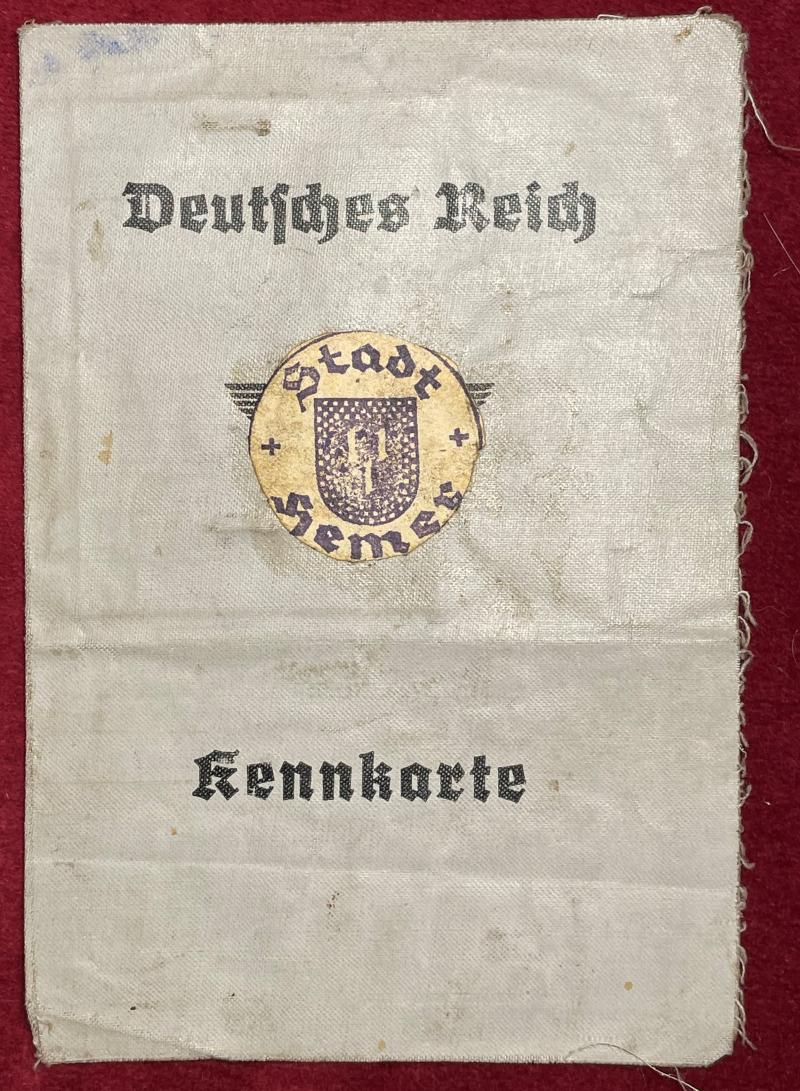 Deutsche Reich kennkarte from Hugo Schweinforth in the city Hemer, he was a foreman. He received the ID Pass in 1942 and it was valid until April 21st 1947. The city Hemer denazified the pass after the war with a city logo on the eagle and swastika, most likely because in the end of the war there was no infrastructure and material to change all the passes of the third reich. The pass was made o... read more 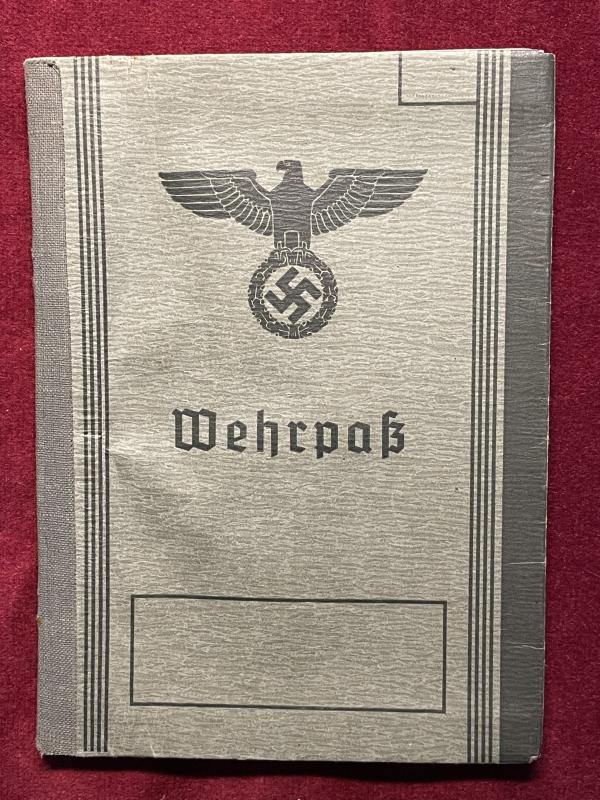 Report of his suitability investigation to serve as a wehrmacht soldier. He was suitable and assigned to Ersatz Reserve II which means a little less suitable then Ersatz reserve I.

His Wehrpass placed him in Ersatz Reserve I. read more Photo marked US Army Signal Corps. On the back it written Walkmuhle June 1945. Assumption that this a hotel (gasthof) that is called Walkmuhle inside Germany, since the war has just ended at that time so it would be logical. read more