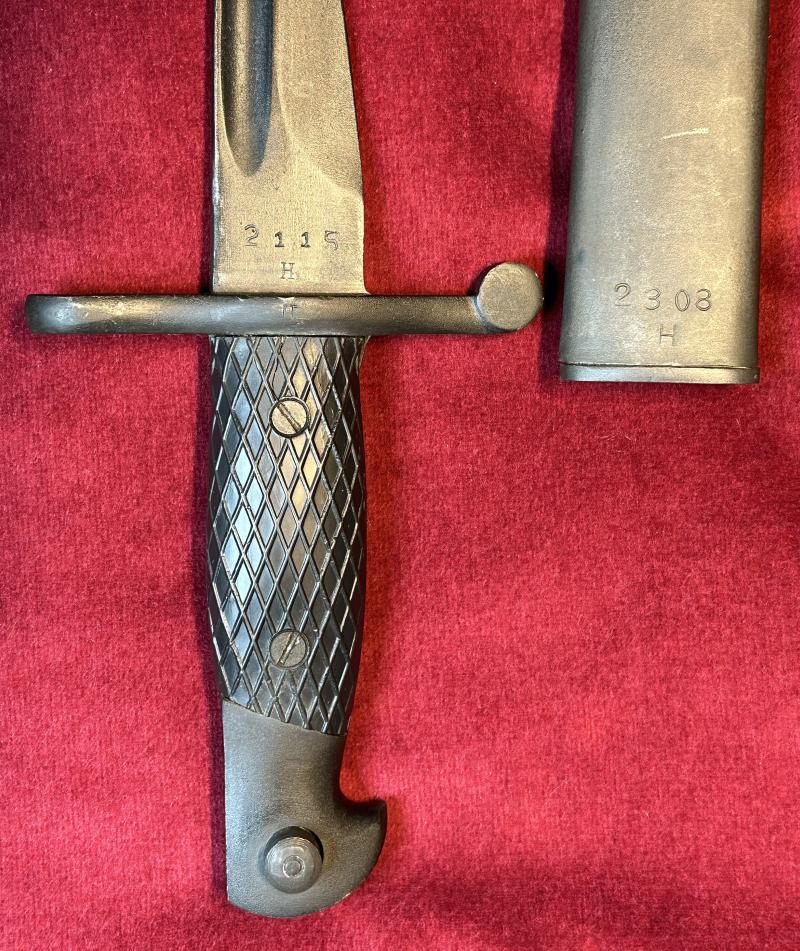 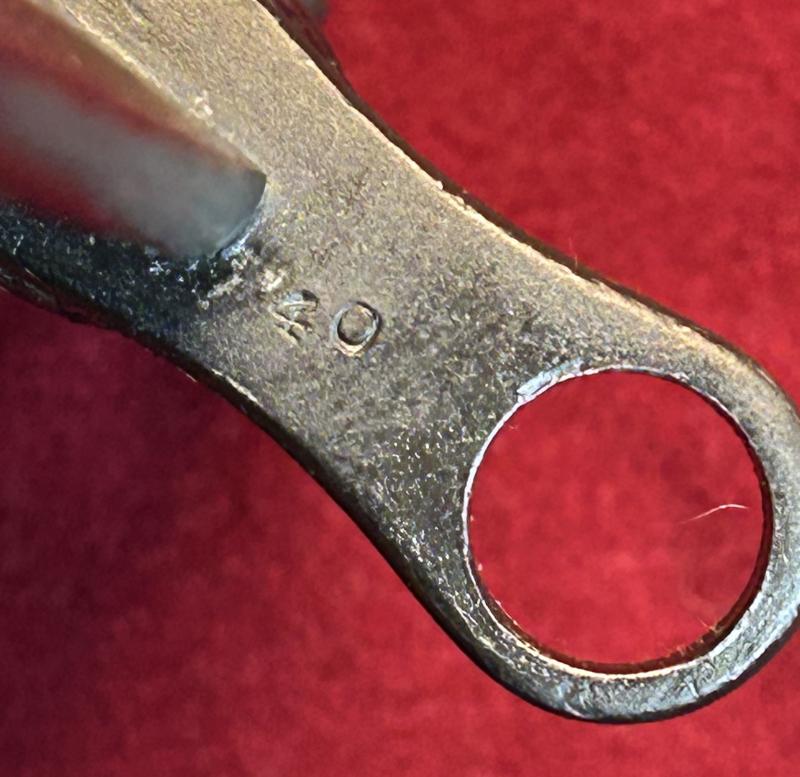 An excellent very rare navy knife bayonet for use on the 8 mm. Mauser M1943 Short Rifle.

This specific bayonet was fully parkarized including its scabbard. Also it had received plastic grips. This was part of the refurbished program so the bayonet could be used in the navy.

Bayonet is numbered 2115H and scabbard 2308H. On the underside of the cross-guard it has a number stamp "40"

The cross-guard has the letter "U" marked