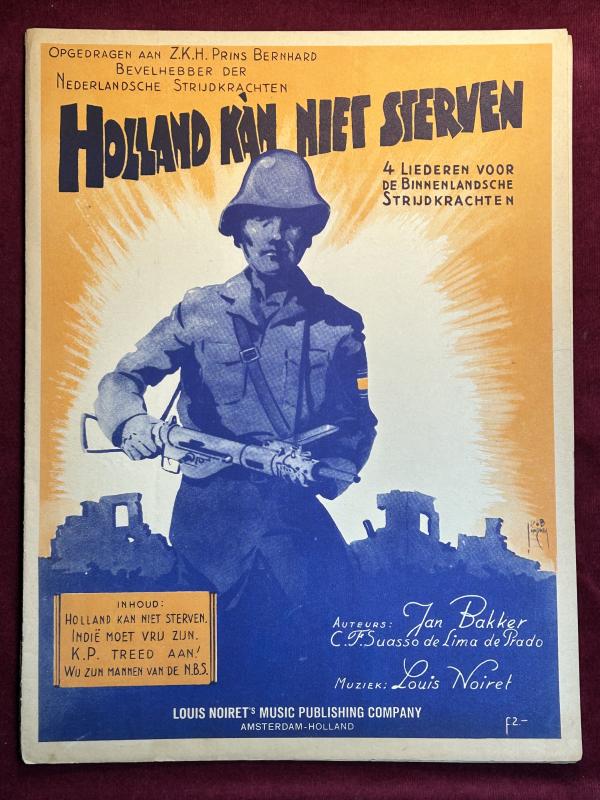 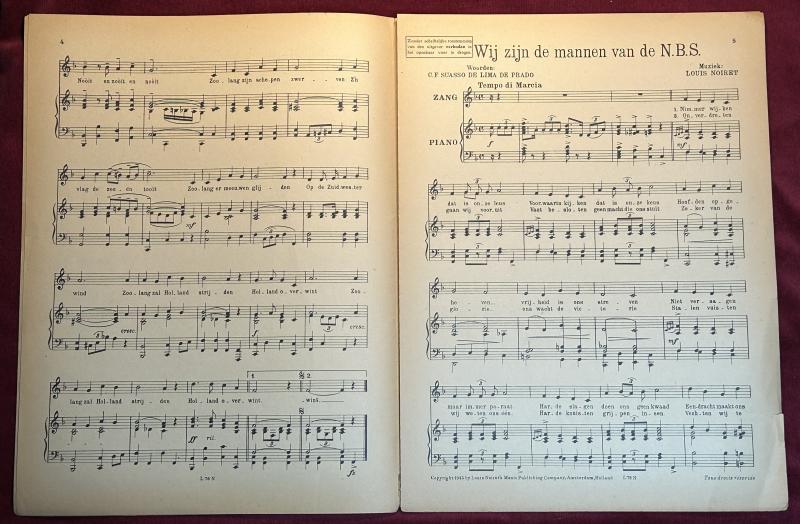 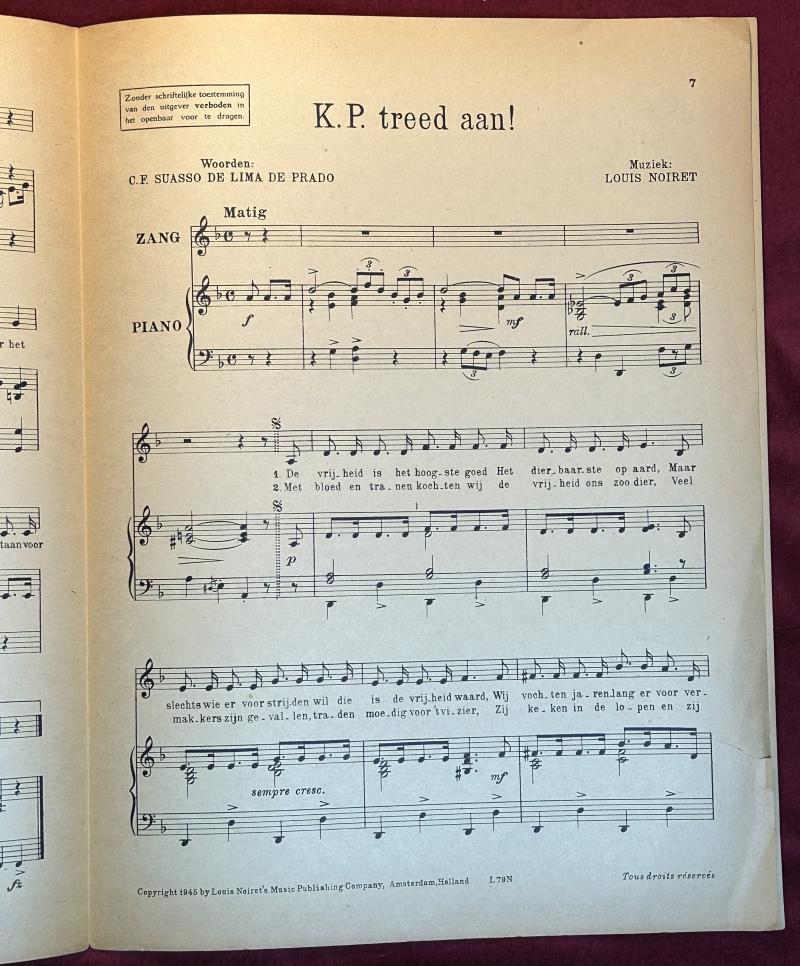 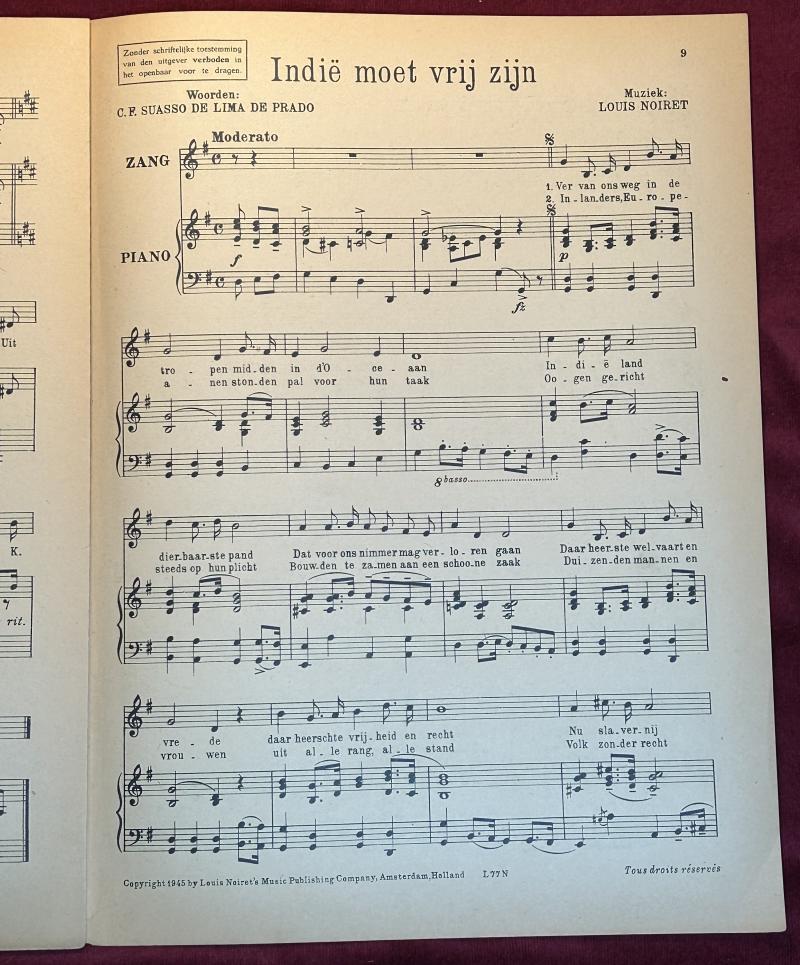 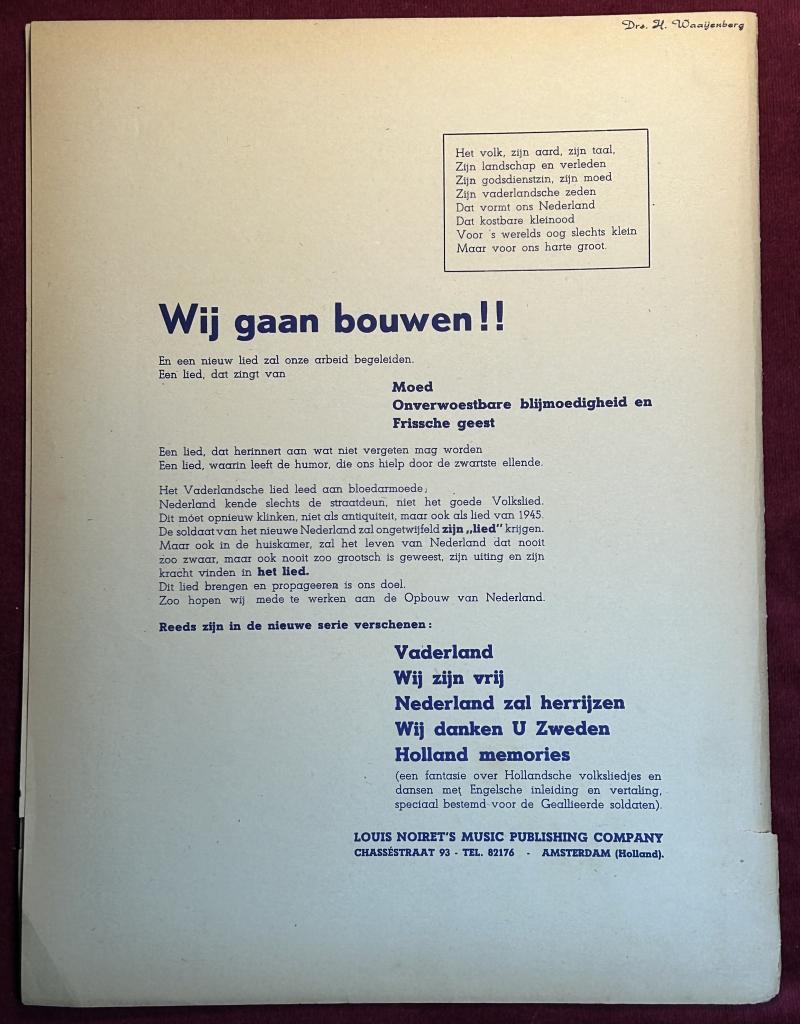 In an excellent condition sheet music for the Dutch Interior Forces.

- Holland cannot die
- Indië must be liberated
- Royal Police attention!
- We are the men of the N.B.S. (Dutch Interior Fighting Force)

After the 2nd WW the Netherlands wanted to return order to its crown colony Dutch east indië. The war was designated as an internal struggle to keep the order and peace (Police actions). The USA wanted to have a strong Indië as counter weight against the ever groing Communism in the Asian scene. They instructed the Dutch government to let their colony go also with pressure on the payment of the Marshall plan to the Netherlands. Since the home country was in ruins they had no choice then to stop the struggle and acknowledge the indepence of Indonesia.