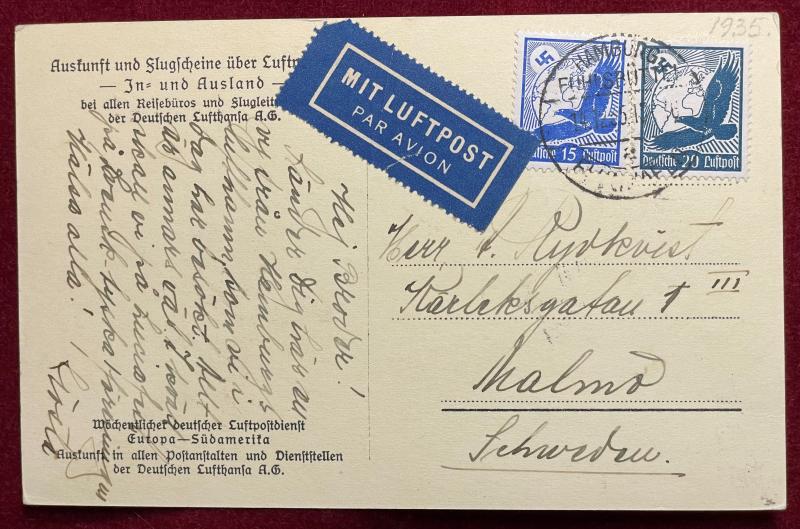 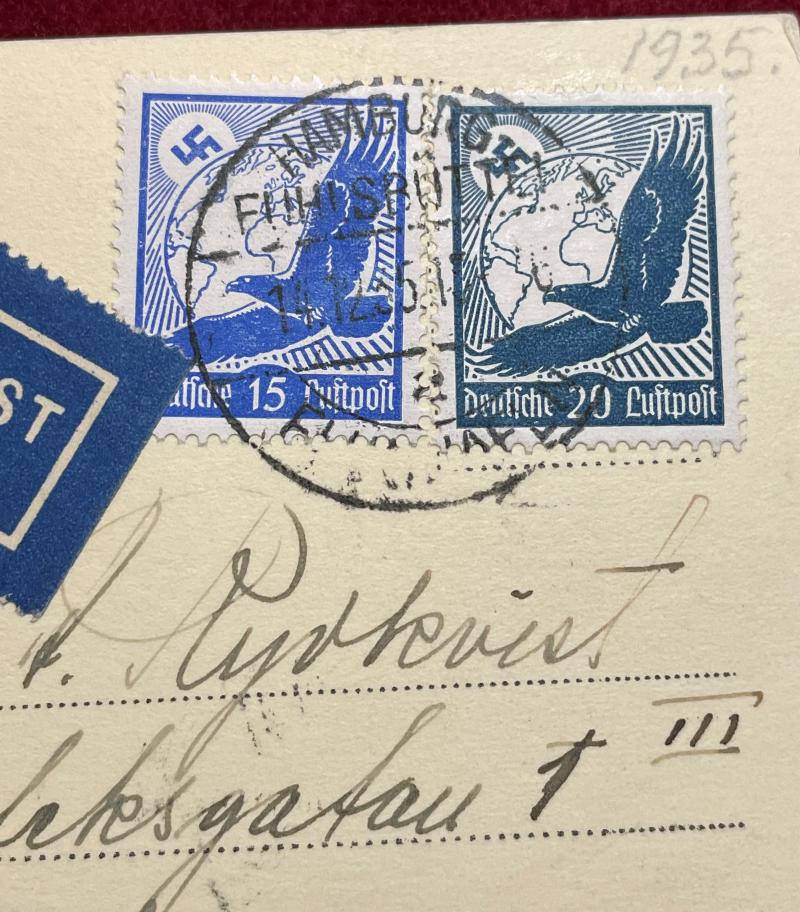 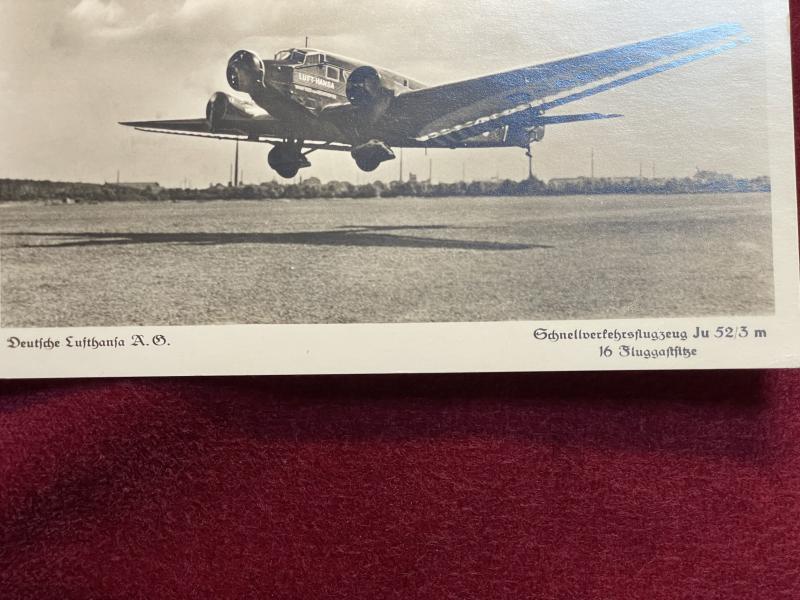 This Specific aircraft was the J5072, Ju52 used by the Lufthanse for airline services like airpost, D-ANEN it was build in 1934 and it was named 'Fritz Puetter'. It was used during the war by the Luftwaffe from 1939 to 1942 when it was destroyed.

The card is addressed to someone in Sweden in Malmö. The letter is also written in Swedish. And dated to December 14th 1935.