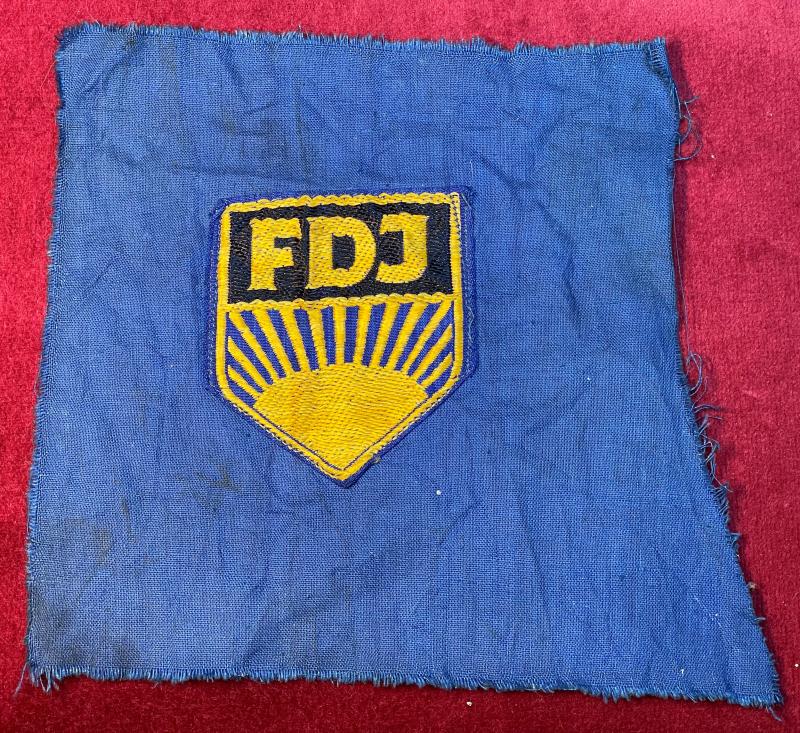 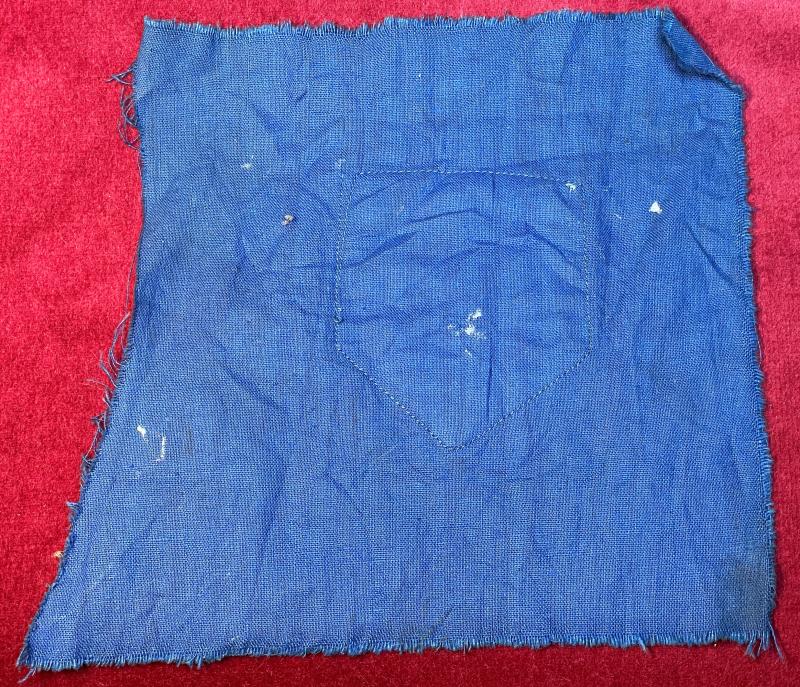 In an excellent condition a Freien Deutschen Jugend armpatch.

Also with a piece of the blueshirt attached.

After the foundation of the GDR in 1949, the FDJ became the official youth movement there. Many communist and socialist youth joined the FDJ, although the FDJ was officially independent from the SED. (To illustrate, CDUD leader Gerald Götting was also an FDJ in his youth, as was the future Chancellor Angela Merkel.) Yet the FDJ's teaching was that of Marxism-Leninism. In the 1980s, more than 85% of young people in the GDR were members of the FDJ. Although membership was nominally voluntary, non-members had major difficulties in choosing education and employment. Moreover, the teachers exerted considerable pressure to become a member of the FDJ.

The FDJ in the GDR was part of the National Front and had 50 representatives in the Volkskammer (parliament). The FDJ leadership often organized trips to other Eastern European countries (via the Jugendtourist travel agency).

For the small children of primary school age there was the Thälmann Pioneers. After that, they could move on to the FDJ.

During Gorbachev's visit to East Berlin in honor of the 40th anniversary of the GDR (October 6, 1989), the FDJ held a torchlight procession. Instead of singing the usual hymns, they shouted "Gorbi (i.e. Gorbachev) help us." This showed that many FDJ young people also wanted changes.

Since the German Reunification, the FDJ has been operating throughout Germany, but has lived a marginal existence. From a membership of 2.3 million that the FDJ had in 1989, it has fallen to a membership of 200. The FDJ has no official connections with the former communist PDS.