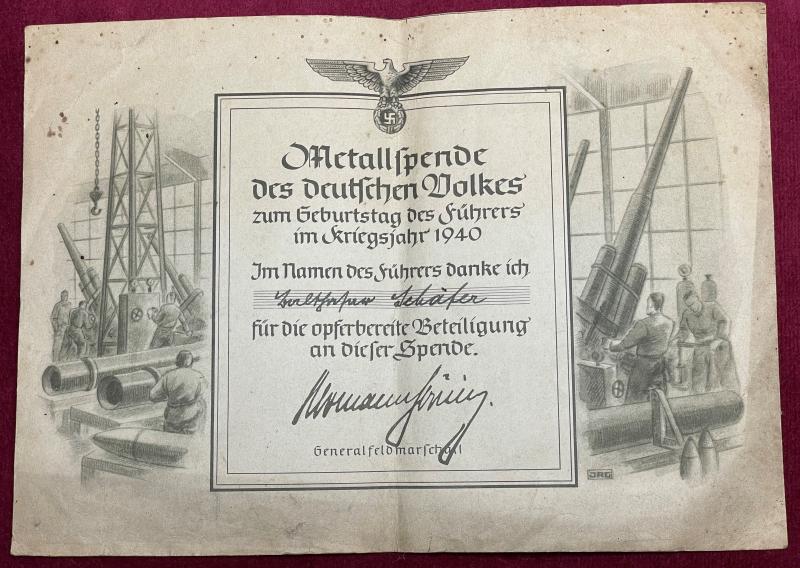 On March 27, 1940, Field Marshal Hermann Goering called for the German people to make a donation for the Führer's birthday, the new metal donation, based on the impending birthday of the Führer. corresponding decree had already been issued to the Reich Ministers on February 23, 1940. As in the First World War, the aim was to procure raw materials essential to the war effort. Metal objects, primarily made of brass, copper, bronze, iron and tin, were accepted and sent to be melted down at collection points set up across the Reich. As thanks, the donors received a certificate from the Führer.