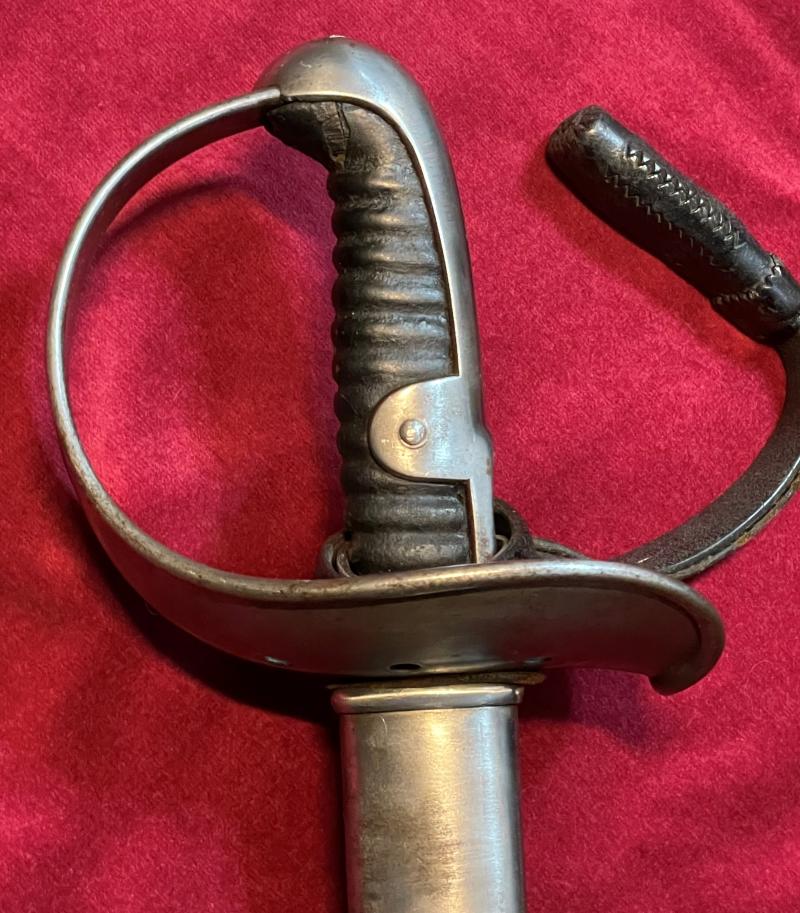 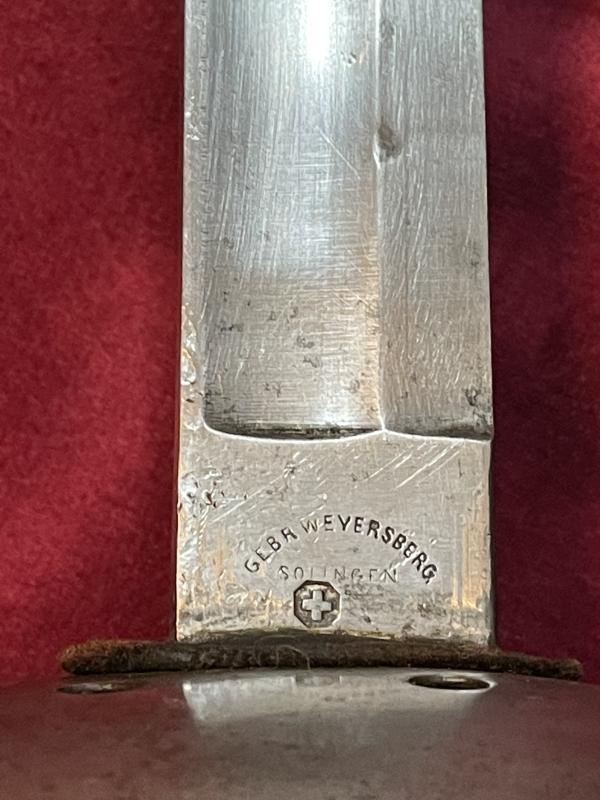 In an excellent condition a Swiss M1867 Cavalry Troopers Sabre

This sabre was introduced in 1867. The model 1845 and model 1850 Austrian cavalry sabers served as examples. The blade length corresponds to the Austrian model 1861 for heavy cavalry (870mm)
After the introduction of the federal model for cavalary in 1896, the old model in 1867 was mainly used as a so-called driver's saber (artillery and train).

Various types of scabbards were made for this model. The scabbard type used on this sabre is from before 1878.

The sabre is marked on the ricasso with the number 1316 and the year number 78 (which stands for 1878). Maker marked Gebrüders Weyersberg from Solingen. Swiss cross which is the acceptance mark. The 1868 clasp (or portepee) is a plain leather strap made from black Russia leather with a serrated scroll tassel.