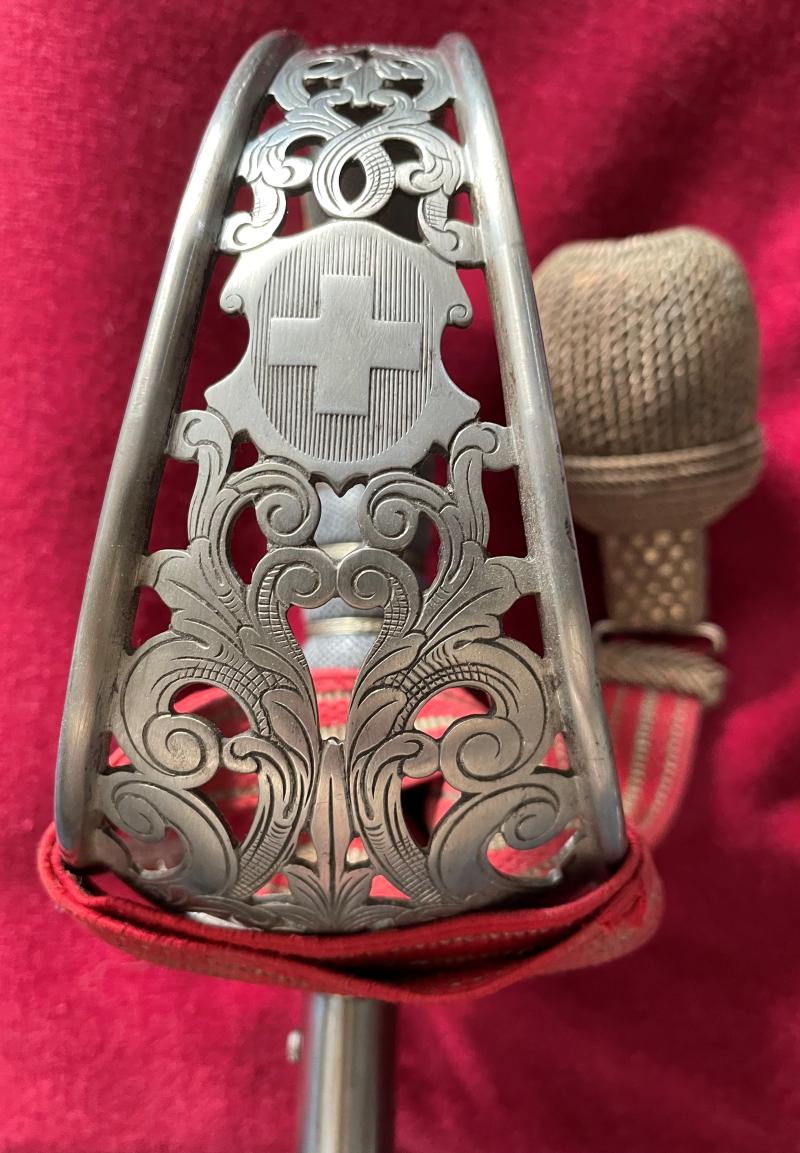 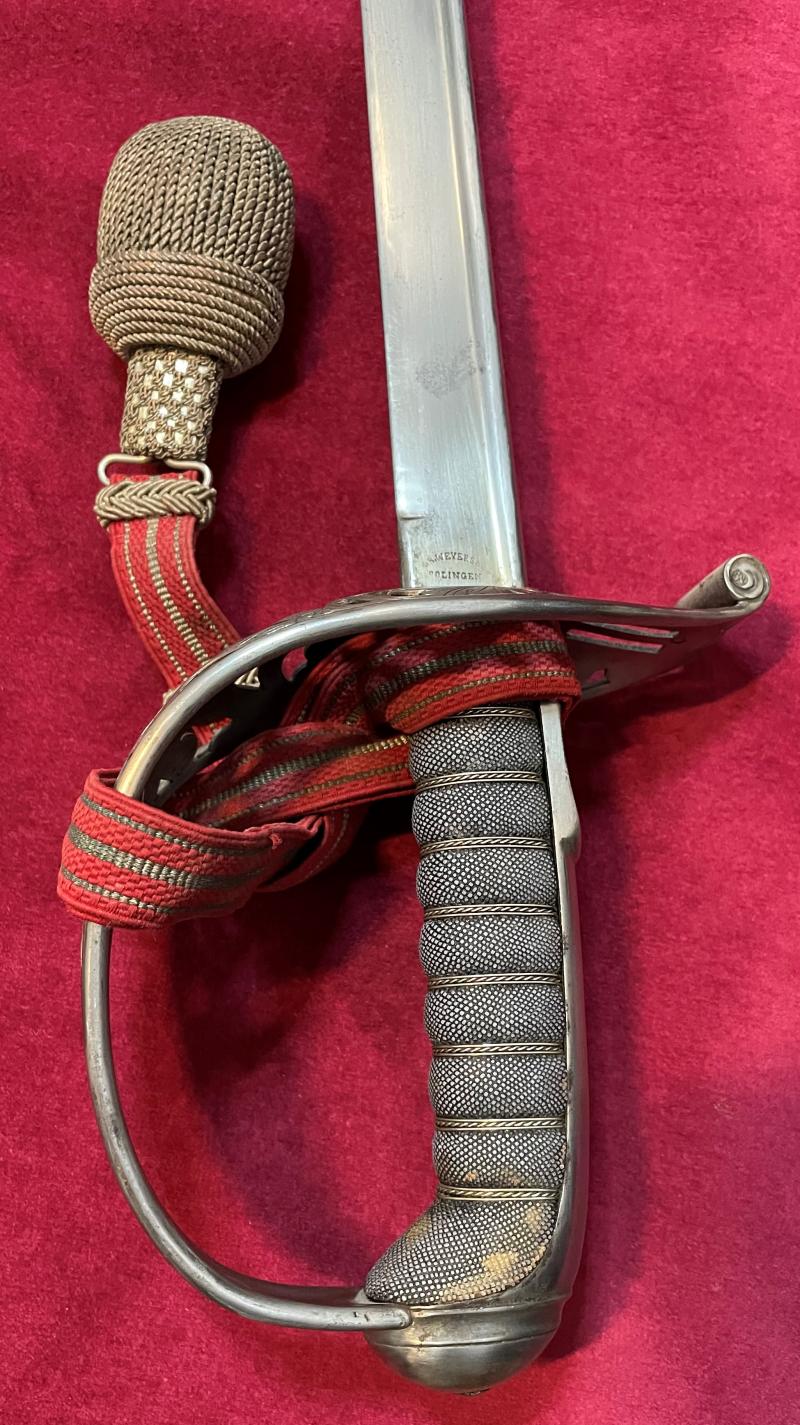 Portepee is the type Ordonnanz 1885. The scabbard is the original Ordonnance 1867 type scabbard.

‎Of all the sabers of the Ordonnanz ‎‎in 1867‎‎, the saber for unmounted officers has the longest life as an ordonnance weapon. According to the equipment table for recruits and newly appointed non-commissioned officers, newly appointed adjutant field post and field telegraphs were equipped with officer sabers of "older models" until the 1920s. This refers to the sabres for unmounted officers, who were refreshed and received a new scabbard according to Tragart 1899.