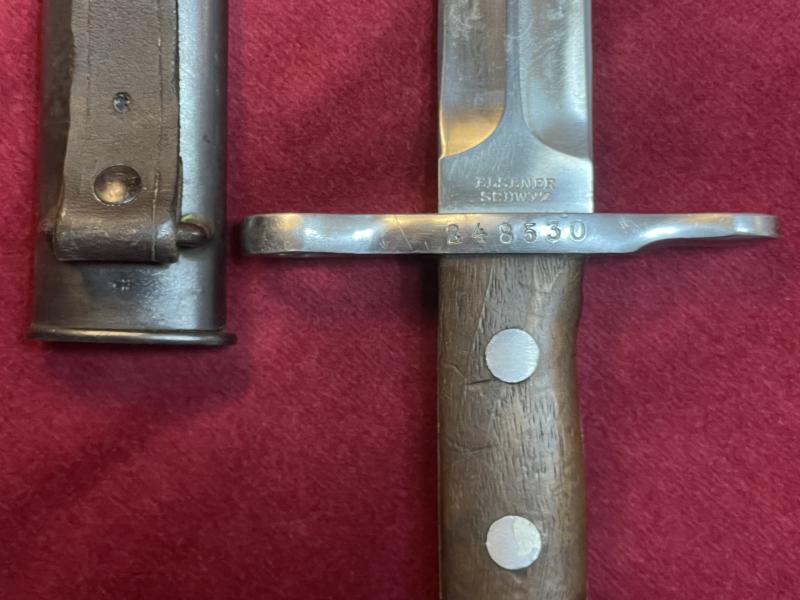 A very nice Swiss bayonet M1918 (Schmidt-Rubin) made by the Elsener Schwyz.

The blade is numbered 248530 and has the makers mark. The cross-guard has on the bottom a Swiss cross marking and a triangle.
The scabbard has been blued and equiped with the leather belt for attachment to a frog. Marking with Swiss cross on the ball of the scabbard