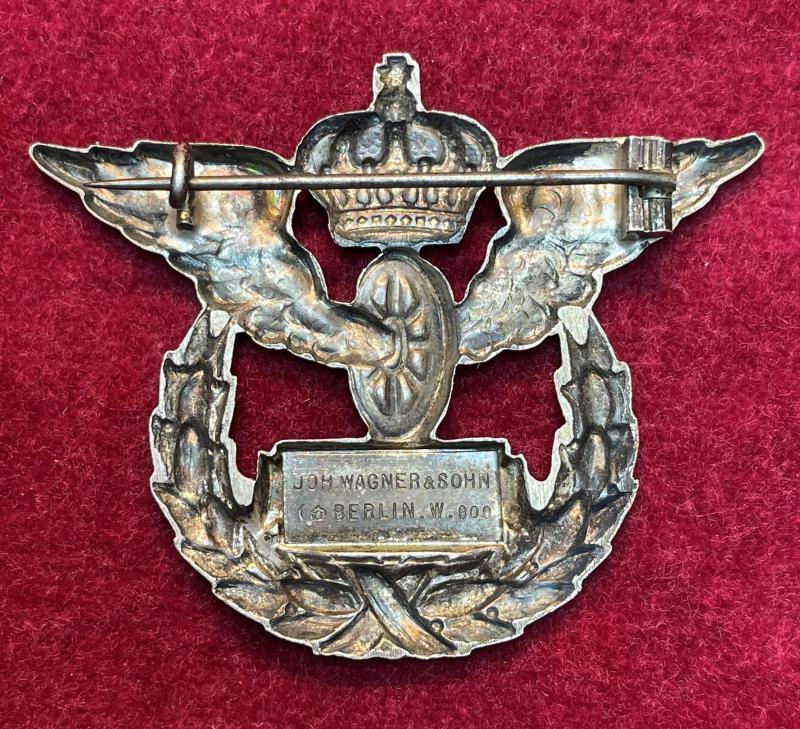 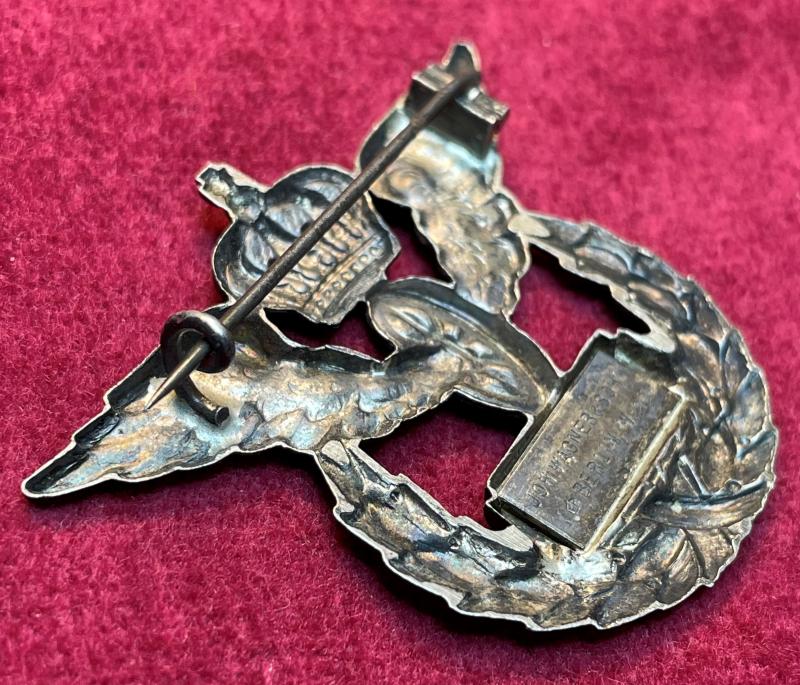 This memorial was donated by Grand Duke Ernst Ludwig on November 25, 1905 in two stages. Following the badges of honor introduced for Prussian state railway employees, these were also introduced in a modified form for the Hessian officials and employees of the state railways. Hessian railway workers were awarded after 25 years and 40 years of service without reproach. The time spent in the military was included in the calculation. In the case of the commemorative sign for 40 years, the crown and the shield with the number are gold-plated. The main distinguishing feature of the Prussian memorial is the shape of the crown. The award numbers for the award for 25 years are around 3335 and for 40 years around 556 pieces. As with the Prussian badges, the production was taken over by Johann Wagner und Sohn, Berlin.

Hollow embossed, openwork pin badge made of silver. A horizontal pin on the back. Manufacturer stamped on the back.

In the middle an impeller with a Hessian crown between the wings and wheel. The wheel standing on a rectangular sign with the number 25 on it.
Under the shield a laurel wreath bound crosswise at the bottom. The tips of the ring touch the wings of the impeller at the top.

Hollow embossed. (negative of the front)
The horizontal pin attached to the two wings.
On the rectangular plate an attached plate with the maker: – JOH.WAGNER – & – SON -/- crescent, crown – BERLIN.W. – 800 -.