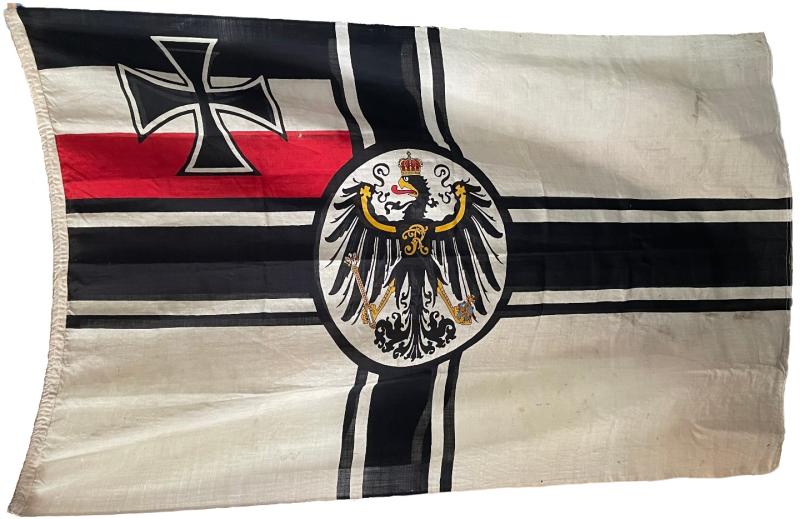 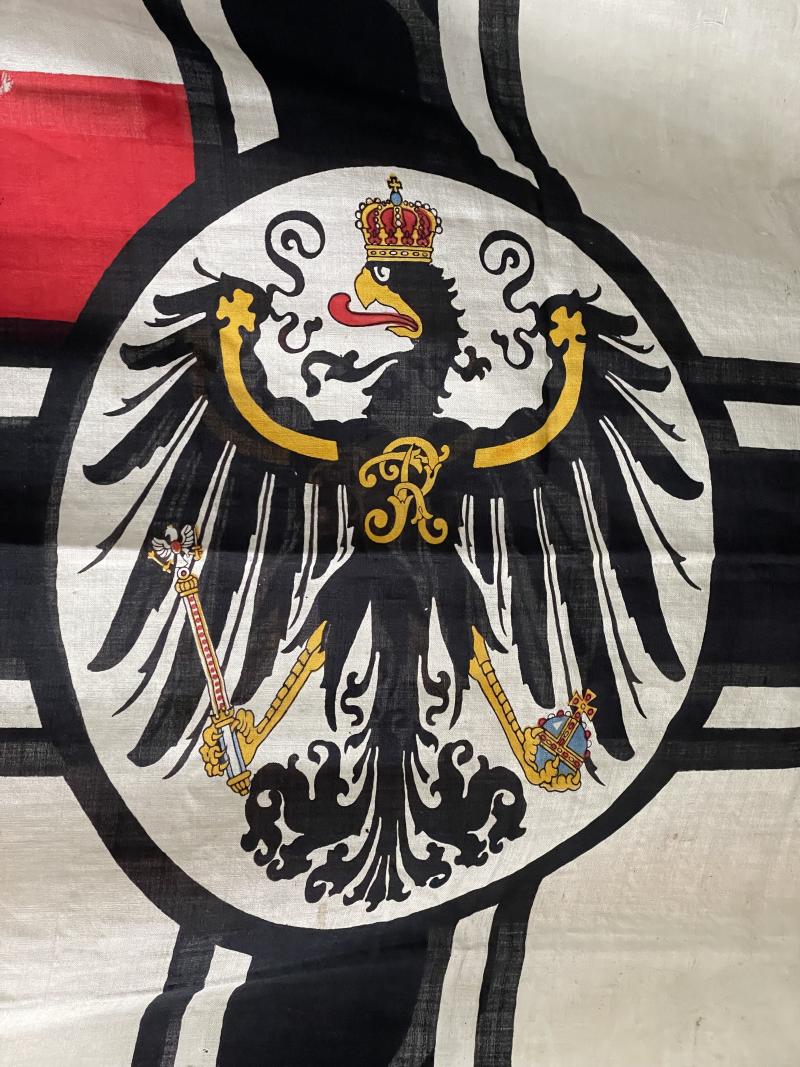 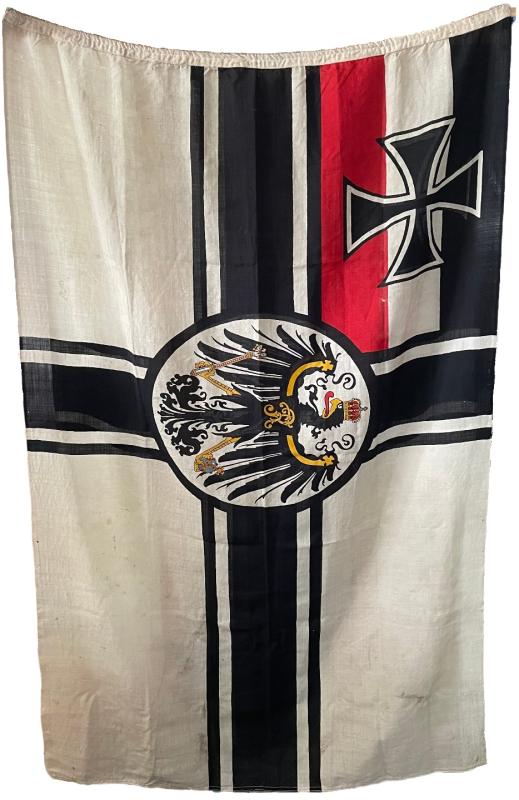 In an excellent but used condition a German Empire navy flag

The flag has been photographed before a mirror so there is some reflection from the mirror, it was hanged before a cabinet because it is very large. +/- 190 cm high and +/- 124 cm wide. it has its original cord with loops on both sides.No maker markings or otherwise present.

The prussian emperial eagle has been made with much detail. The coloros are still very fresh.

There are various small holes present. But do realize it is more then 100 years old.