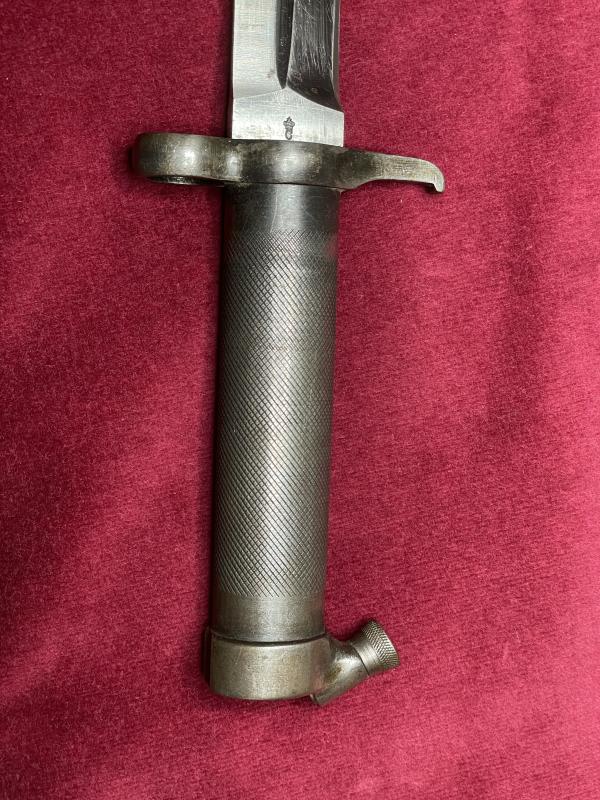 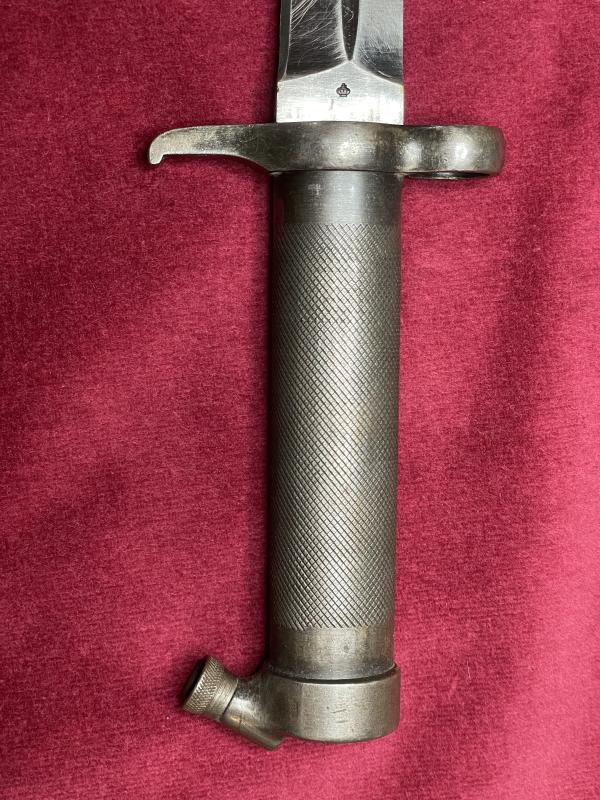 Swedish made bayonet by Carl Gustaf Stads gevärsfaktori between 1913-1964

The underside of the cross-guard has a marking with EJAB with crown and anker and another crown.

Scabbard has the Crow over C on the scabbard mouth. On the mouth it is marked 877. The scabbard ball is also marked 877 and the other side with a crown.

With these daggers it was very common practice to replace parts. All parts were interchangeble also under different makers. The fact that the cross-guard and blade have the same number is not often seen.