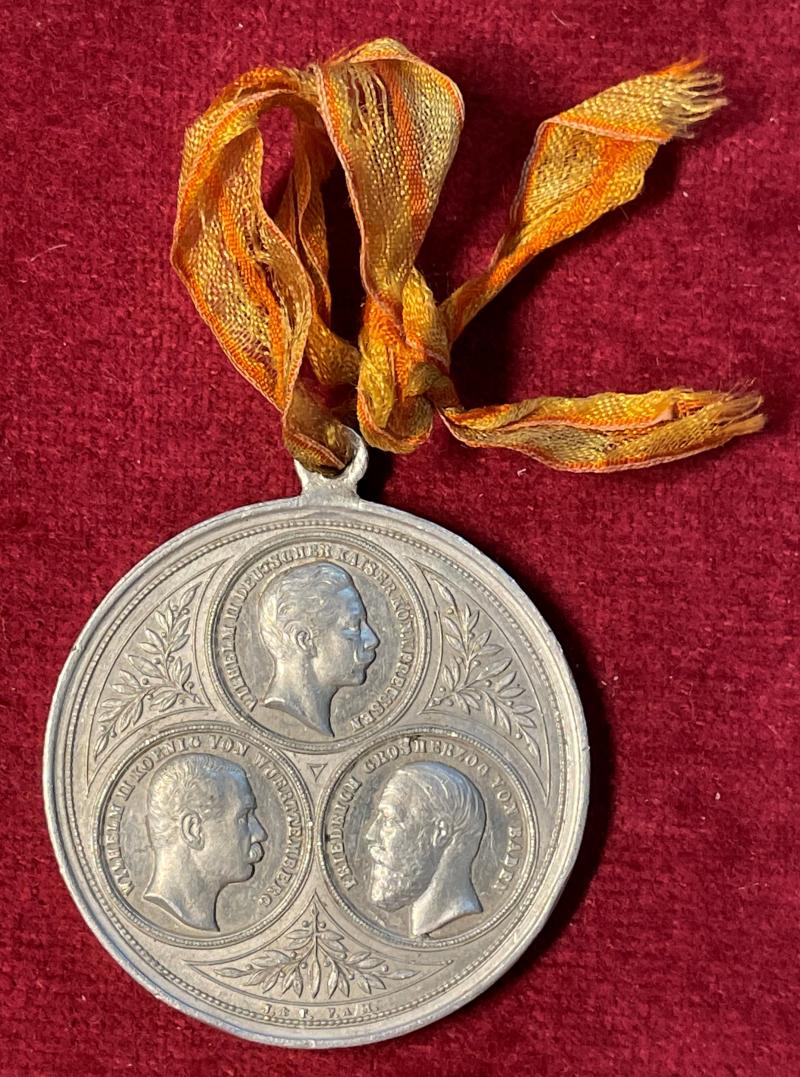 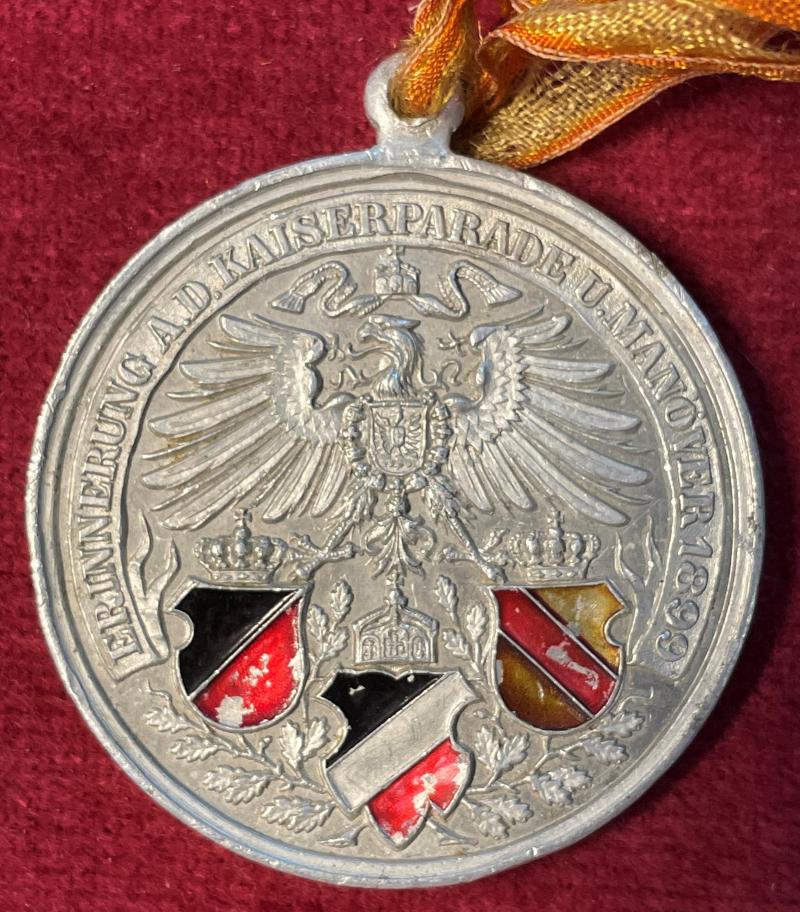 In an excellent condition a remembrance medal Emperor Parade 1899

With original ribbon. Medal is made from aluminium

The Emperor Parade was a remembrance medal for the Kaisermanöver, In 1899 next to the Prussian Emperor also the Grand Duke of Baden and the King of Württemberg joined the military excersise.

During the time of the German Empire, the most important and comprehensive military maneuver that took place every year in the presence of the Emperor was referred to as the Kaiser maneuver. Such large-scale exercises were also common in other European countries at the time, such as the Russian Empire, the Kingdom of Italy or Switzerland.

Components of an imperial maneuver were the imperial parades of the participating army corps, the fleet parade, the fleet maneuvers and the army maneuvers lasting several days. Fleet parades and maneuvers were mostly omitted if none of the participating corps had access to the sea. The participating land forces were mostly formed by two of the largest military groups, the Army Corps of the German Army. For contemporaries at home and abroad, these maneuvers provided a basis for assessing the combat value of the German army. In the same way, they were intended to clarify questions about military training that are still relevant today, while at the same time offering information for political historiography.

The 1890s
Foreign criticism saw the maneuvers of the time as ostentatious maneuvers. They neglected the need for military exercises and, above all, had to satisfy the Kaiser's war games.

Tactically nonsensical images of 1897 found their equivalent in the dense rifle developments of 1898, where, regardless of the enemy's weapons development, elbow to elbow was charged. In 1899 a massive army corps was deployed against a village, with Wilhelm II leading a cavalry corps against the flank of the enemy formation.

The French observers saw this as a culmination of the tactic of the mass advance, which they believed to be long outdated.