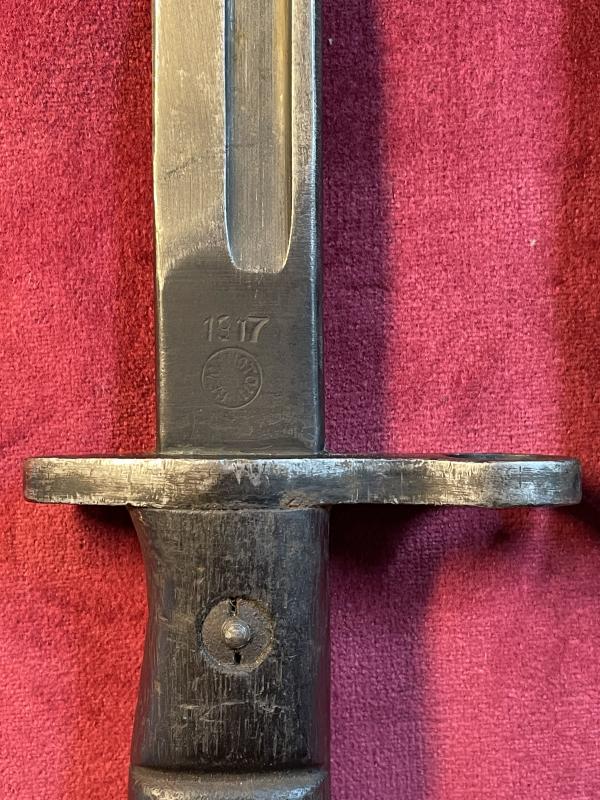 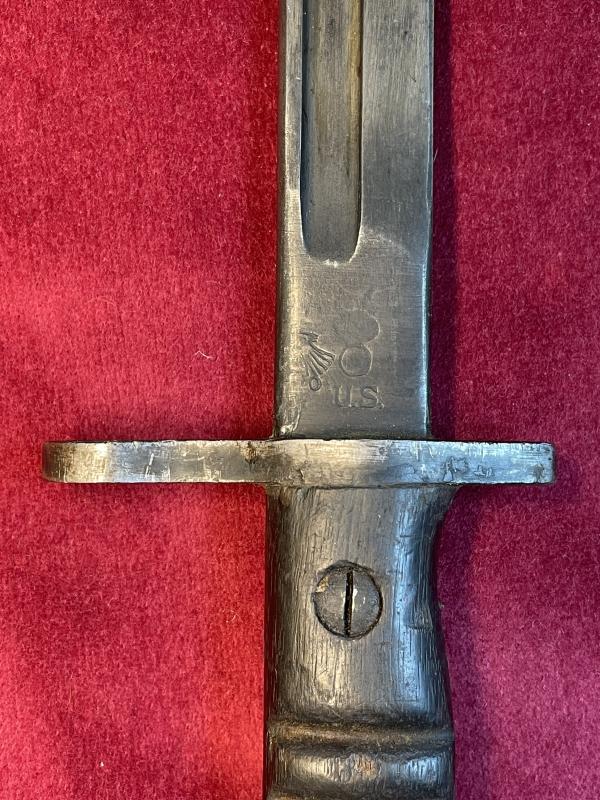 Blade marked on the ricasso with maker mark Remington in circle and model 1917 above. Otherside of the ricasso marked with U.S. and proofmarks flaming ball, inspector mark.

Bayonet has a nice overall blued finish on the hilt, crosspiece and ricasso. The rest of the blade is parkerized. The grip has two transverse cuts which were indications marks when the bayonet had to be used in the dark during WWI, this was done because the English P1914 bayonet and M1917 US bayonet were not interchangeable so a soldier would not grap the wrong bayonet instead.

The scabbard is WWI English, it is however marked vagily with GF which would mean that is it made by the General Fireproofing Co. of Youngstown, Ohio. Perhaps a very early scabbard. It is in excellent condition. The scabbard mouth is number marked 156

The stockpiles after WWI were so great for the US that these were also used during the Banana wars, WWII, korean war and even during the Vietnam war.