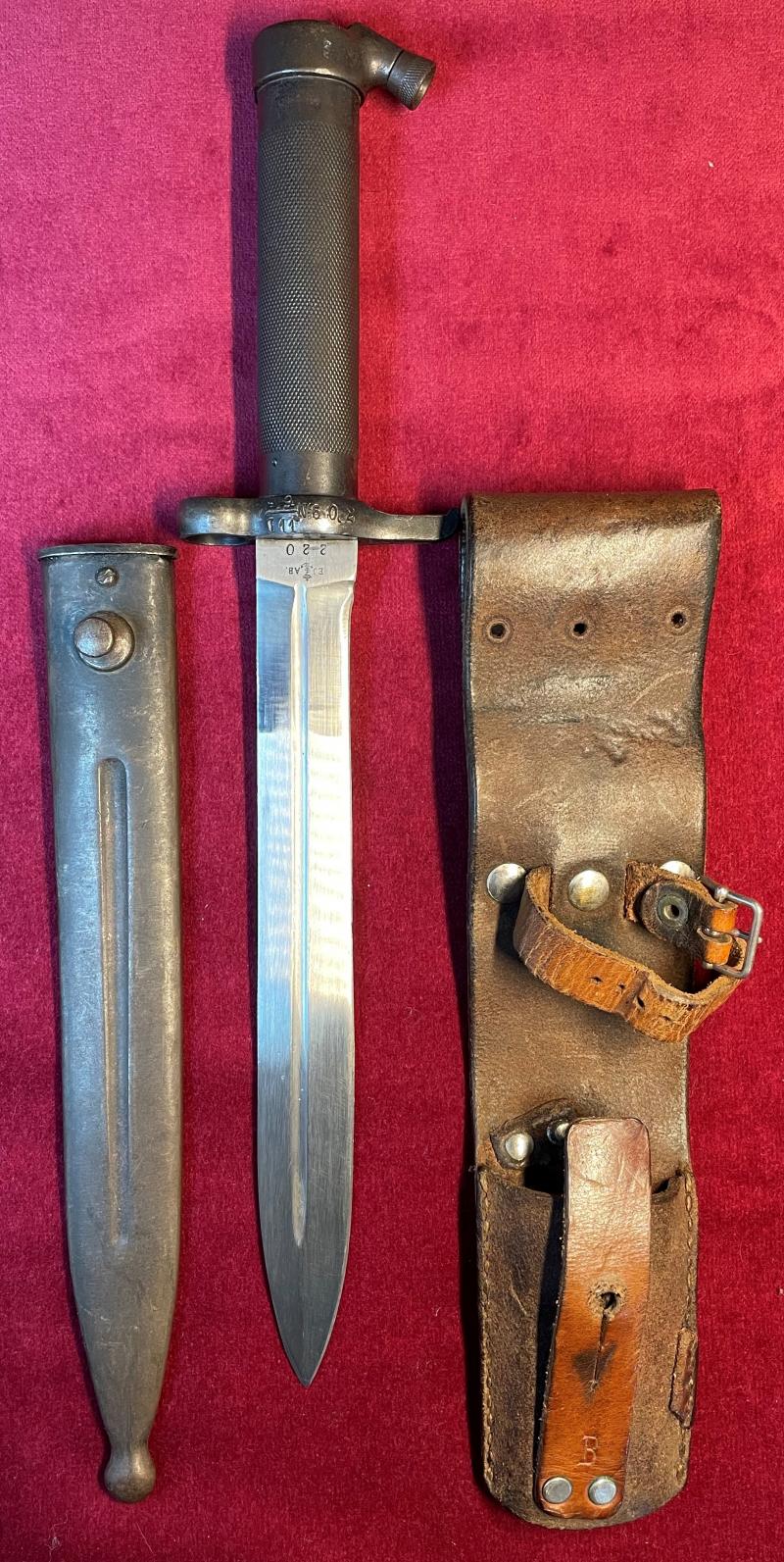 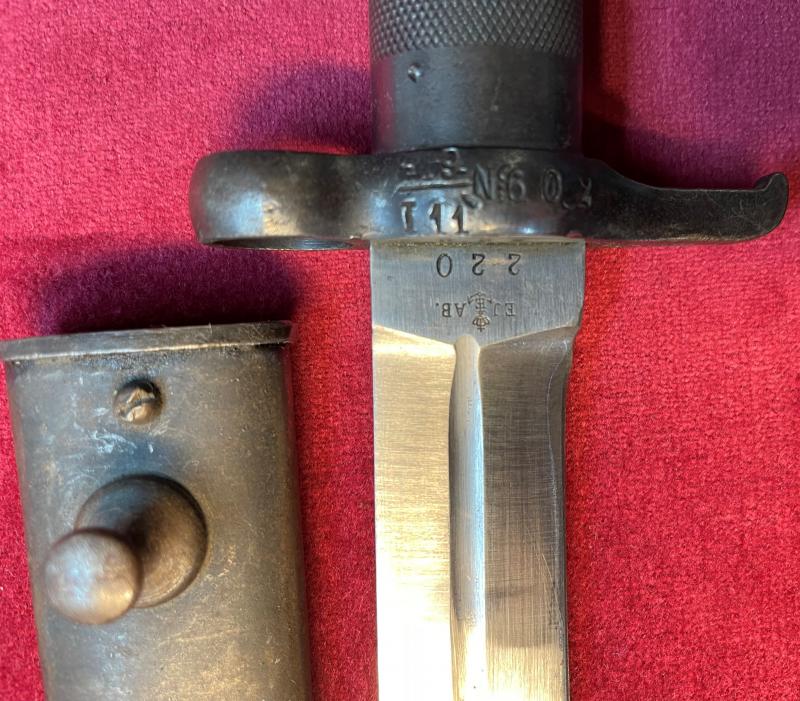 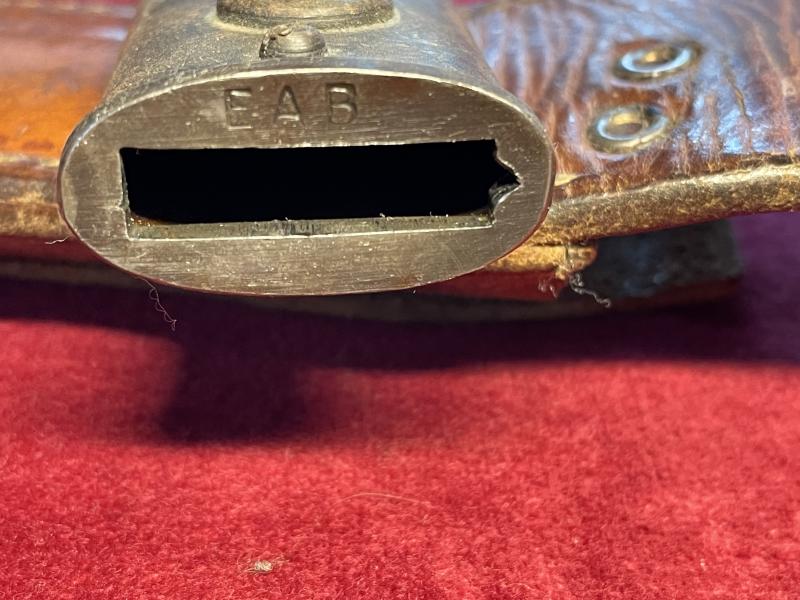 Swedish made bayonet by Eskilstuna Jernmanufactur AB between 1899-1912 it has a conical stud with crown marking. Except for the blade the bayonet is nicely blued.

The underside of the cross-guard has also a marking with EJAB with crown and anker and a 2nd crown, it is numbered 688.

Scabbard has the EAB marking on the scabbard mouth which stands for the company Erik Anton Berg of Eskilstuna. Under the mouth it is marked with I12, which is the Infantery regiment No 12 (Jönköpings regemente)

With these daggers it was very common practice to replace parts. All parts were interchangeble also under different makers. The fact that the cross-guard and blade have the same number is not often seen.

Original frog marked B, one strap has been cut ages ago. Perhaps it was easier to get the bayonet out of the frog without the extra leather strap.