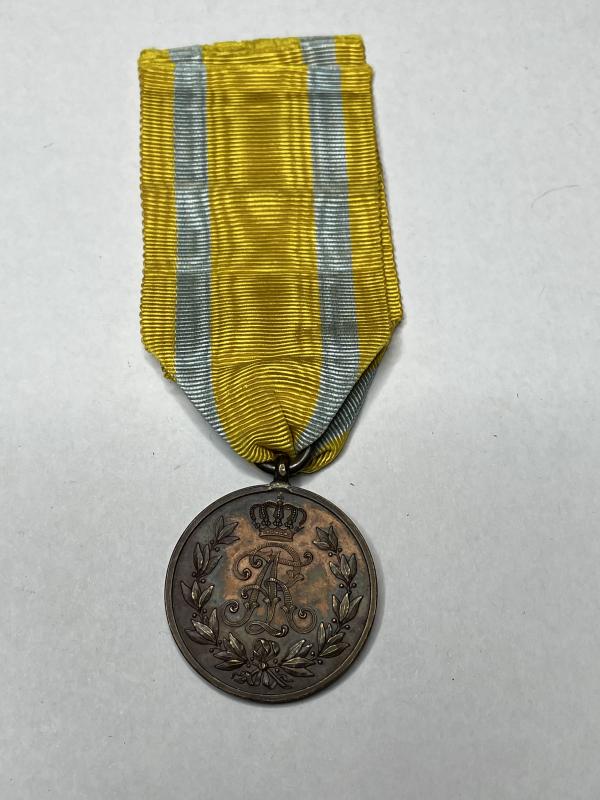 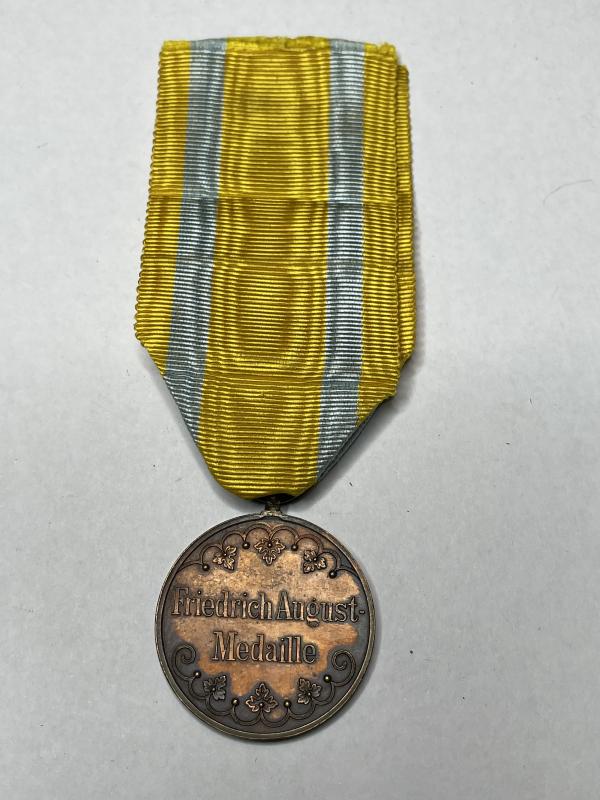 Very nice medal from Friedrich August III who was the last king of Sachsen from 1904-1918.

The front side: "Friedrich August medaille" within a wreath of rue.
The back side: Royal crown over the royal monogram from Friederich August the 3rd.

The medal is made out of bronze and in the Sachsen (or german) society in that era. Bronze was only given to the soldiers and corporals and from 1910 also to women.
The medal was granted between 1905-1918 to Sachsens for their services for the army.

The yellow and blue ribbon attached to this medal was a war ribbon. If the medal came with a yellow and black ribbon it was a peace ribbon.