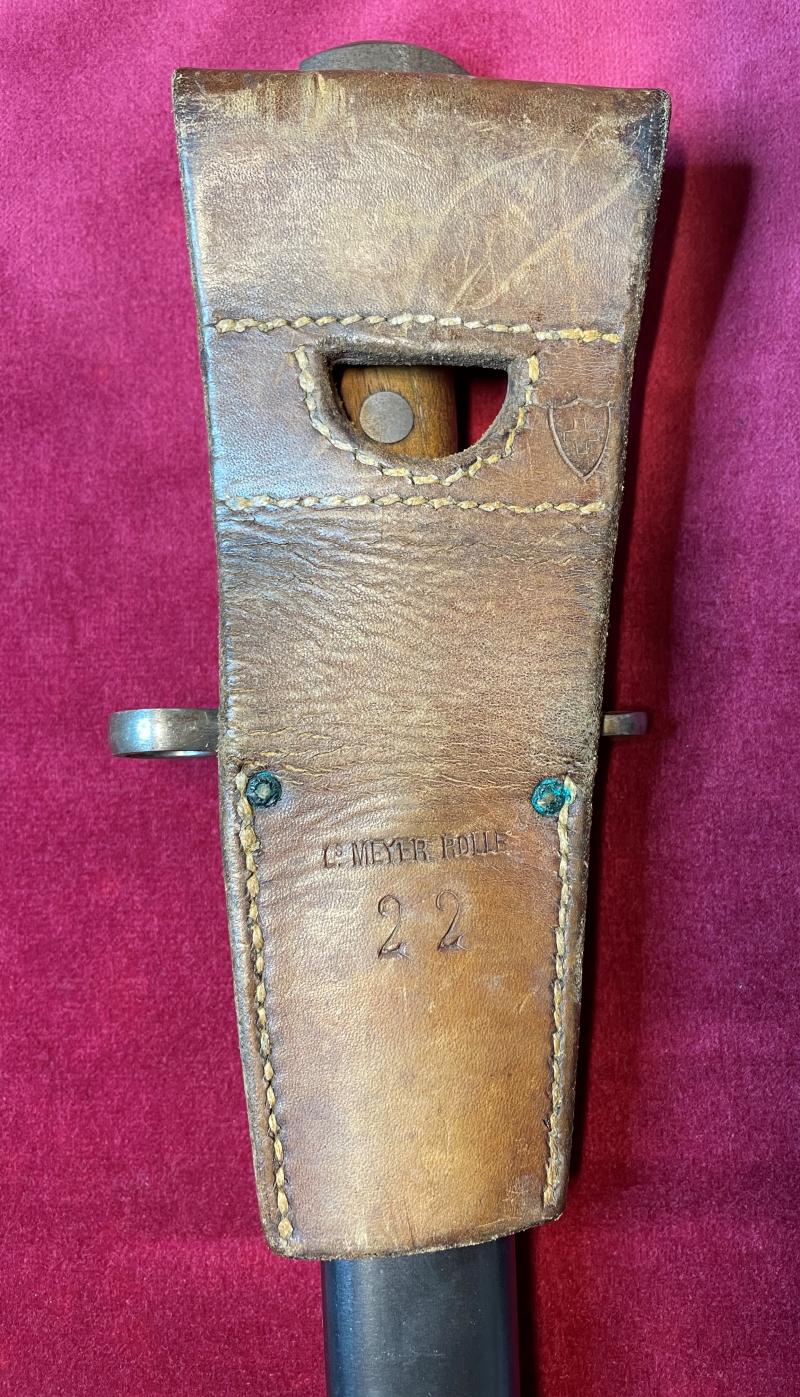 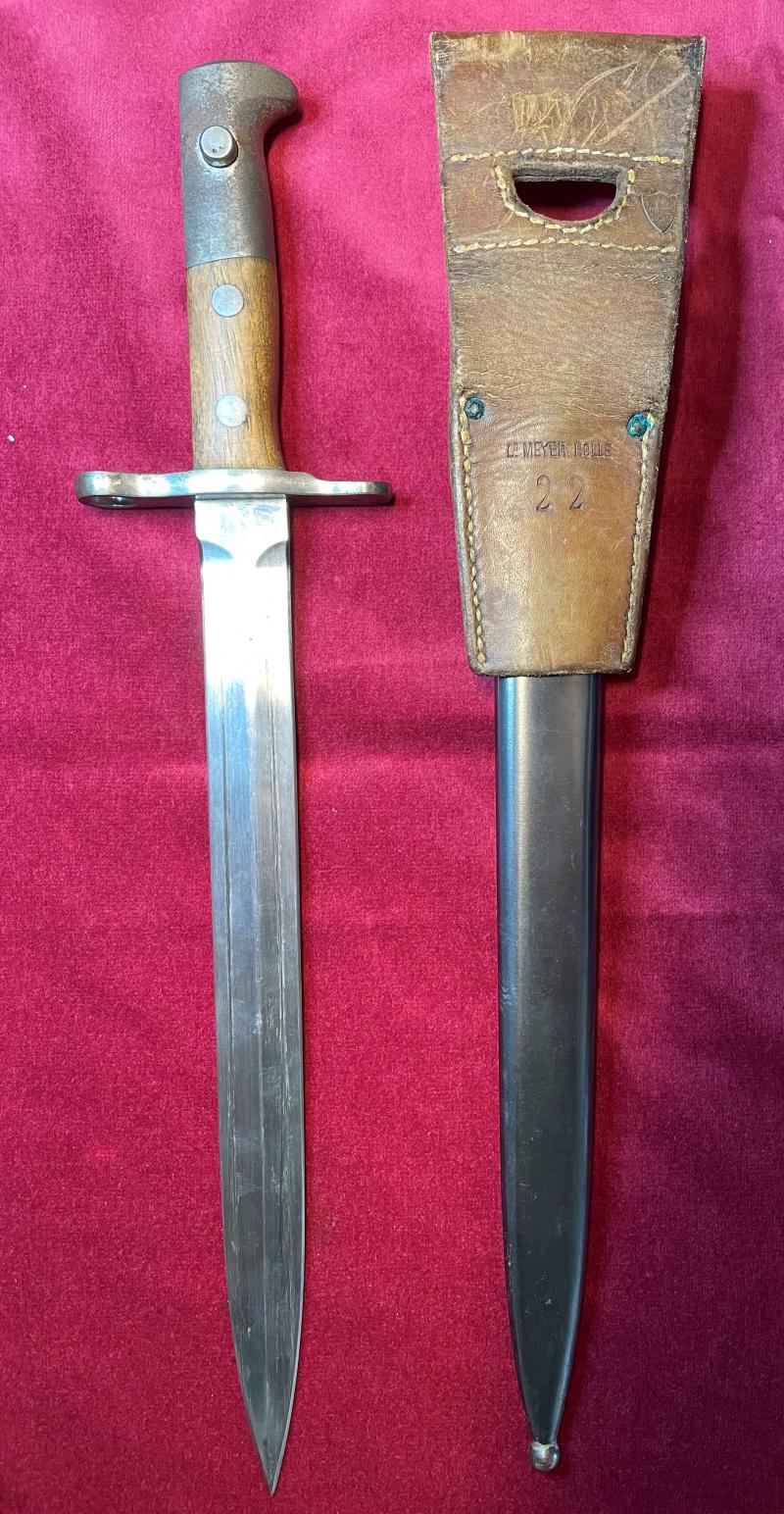 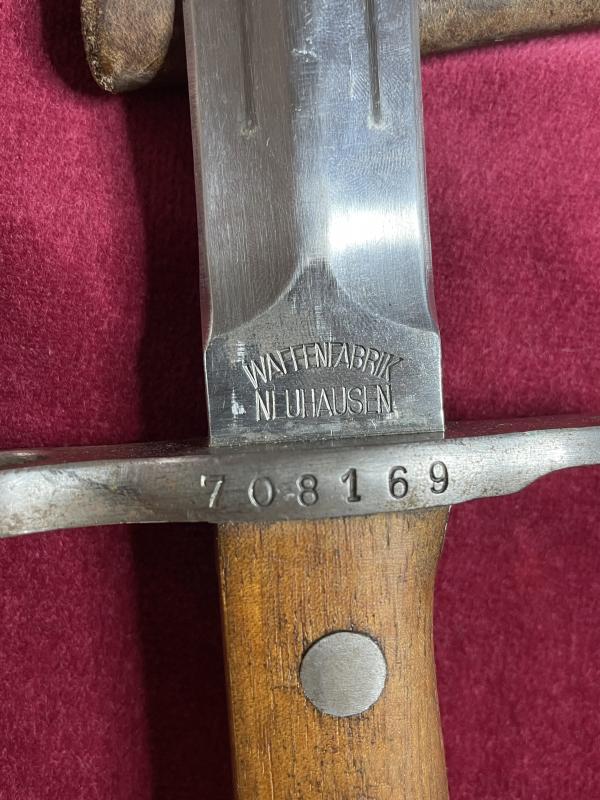 A very nice Swiss bayonet M1918 (Schmidt-Rubin) made by the Waffenfabrik Neuhausen.
The blade is numbered 708169 and has the makers mark. The cross-guard has on the bottom a Swiss cross marking and a circle.
The scabbard is very nicely blued, on the side and on the mouth of the scabbard there is a "P" marking.
Frog is stamped with the Swiss cross inside the weaponshield, and with the maker Ls Meyer Rolle 22 (year 1922)